Jenna Ortega net worth: Jenna Ortega is an American actress who has a net worth of $3 million. She is known for starring in several films and TV series including Jane the Virgin.

Jenna Ortega was born in Coachella Valley, California in September 2002. In 2014 she starred as Zoe Leon on the television series Rake. Ortega starred as Darcy on the TV series Richie Rich in 2015. In 2017 she starred in the TV mini-series Elena of Avalor: Adventures in Vallestrella as the voice of Princess Isabel. Jenna Ortega starred as Harley Diaz on the television series Stuck in the Middle from 2016 to 2018. From 2014 to 2019 she starred as Young Jane on the TV series Jane the Virgin. Ortega starred as Elle on the series You in 2019. She began starring as Princess Isabel on the series Elena of Avalor in 2016. Ortega has appeared in films including Iron Man 3, Insidious: Chapter 2, The Little Rascals Save the Day, and more. In 2018 she won an Imagen Award for Best Young Actor – Television for Stuck in the Middle. 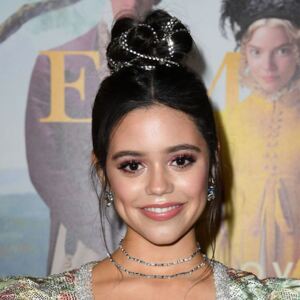