What is Jenna Fischer's Net Worth and Salary?

Jenna Fischer is an American actress who has a net worth of $16 million dollars. Fischer is best known for her role as Pam Beesley in the NBC sitcom "The Office." She and her "Office" co-star Angela Kinsey also host an extremely popular podcast called "Office Ladies" which has won numerous major awards and has received overwhelming positive reviews.

Jenna Fischer was born Regina Marie Fischer on March 17th 1974 in Fort Wayne, Indiana. Her mother was a history teacher, and her father was an engineer. She has one younger sister, and the two were raised in St. Louis, Missouri. Growing up her mother would act in local plays, and Fischer would often help her rehearse lines. When she was five, she took an acting workshop where Sean Gunn, famous for his role in "Gilmore Girls," was a fellow classmate.

Originally, she had her hopes set on becoming a professional dancer, but after accepting that she lacked the natural talent, she decided to go to Truman State University to study prelaw. She had a change of heart and graduated with a degree in journalism and minor in theater arts. At Truman State, Fischer performed with a touring murder mystery dinner theatre group.

After graduating in 1998, she moved to LA to pursue acting but spent her first couple years doing temp work and occasionally getting minor acting gigs. Her first acting job in LA was for a sex education video for mental patients after their release from UCLA. Another one of her odd early jobs was as a singer in the International Spice Girls, which ended up not being a front group. After the producer told her she got the part, he invited her over to his apartment where she was surprised to see a large number of scantily clad women. The group was a front for a call girl service, which took Fischer a couple weeks to figure out. While helping her friend with a small theatrical production, she met her current manager who thought she had a future in television comedy and signed a contract with her. Shortly after, her performance in a small theatrical rendition of the silent German film "Nosferatu" caught a talent scout's eye, and she signed a contract with her first agent.

It wasn't until three years after signing with an agent that she landed her first television speaking role on the show "Spin City." While her role was minor, it proved to be a steppingstone to Fischer becoming a household name. Prior to her gaining widespread fame through "The Office," she took minor roles in a few major films and guest roles on several television shows. Struggling to make a name for herself, she decided to write, direct, and star in the mockumentary "Lollilove," which is about an LA couple who tries to help the homeless by giving them lollipops with positive messages on the wrappers. She starred in the film with her soon to be husband, James Gunn, and much of the filming took place in their home. For her appearance in the 2004 film, she earned a Screen Actors Guild Emerging Actor Award.

Later that year, the casting director for "Sin City" invited Fischer to audition for a part in "The Office" and told her to show up looking plain with no makeup. She and other prospective cast members went through several rounds of auditions with each other to gauge chemistry. During this process, Fischer told John Krasinski that she hoped he got the part because he was her favorite potential Jim. He felt similarly about her and both landed their respective roles.

Although viewership was not bad, the first season received mixed reviews among critics. The second season, however, was widely watched and critically acclaimed. The NBC show became a hit and her portrayal as the downtrodden secretary Pam was much loved by fans, and Fischer herself expressed that she loved the role and had always dreamed of being a star on a hit TV show. The second season won an Emmy for Outstanding Comedy Series and was nominated for four others. Fischer remained on the cast for the duration of the show, which ran from 2004 to 2013. 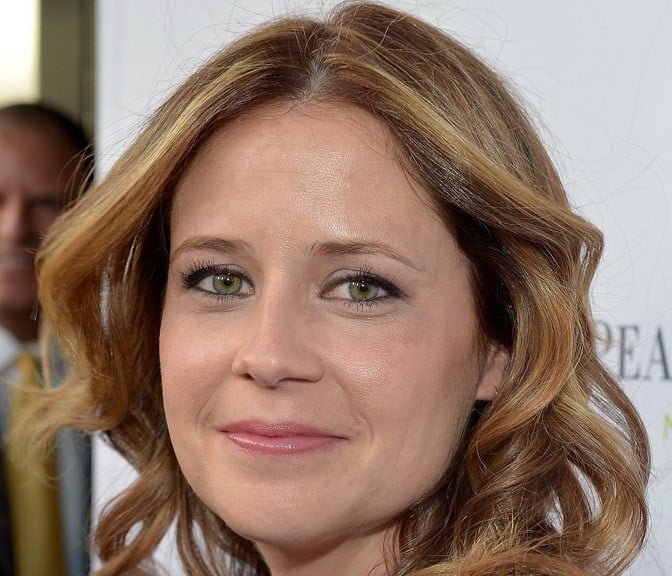 In October 2019, Angela Kinsey and Jenna Fischer launched a podcast called "Office Ladies." They have produced over 100 episodes and the podcast has become extremely popular with a 4.8 rating after nearly 80,000 ratings on iTunes alone. In each episode, Angela, Jenna and periodically guests deconstruct each episode of "The Office." In 2021 the show won the iHeartRadio Podcast of the Year award.

Films and other Work

Outside of "The Office" Fischer starred in supporting roles for a number feature films including: "Slither," "Blades of Glory," "The Brothers Solomon," "Hall Pass," "The Promotion," and "Walk Hard: The Dewey Cox Story."  She appeared on Bravo's "Celebrity Poker Showdown" in 2006, and she played leftfield for the National League team in the annual All-Star Legends and Celebrity Softball Game in 2009. Also in 2009, she was named a spokeswoman for Proactive Skincare Solutions. Fischer was a producer of the critically acclaimed 2010 play "Sad Happy Sucker." It was written by her husband and directed by childhood friend Sean Gunn.

Fischer's first marriage was to director James Gunn. The two met through James' sister Sean during her early years in LA while James was working as a screenwriter. They married in 2000 and divorced amicably in 2008.

In 2009, she married screenwriter Lee Kirk. They had a child in 2010. Her pregnancy coincided with her character Pam's second pregnancy in the show. She gave birth to their second child in 2014. Fischer is passionate about animal rights and volunteered with an LA animal rescue prior to her acting career. She continues to provide a foster home to rescue dogs and cats in need. 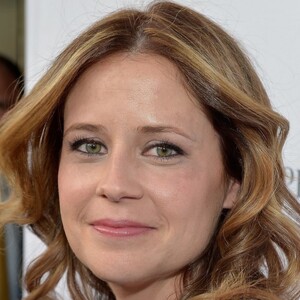