What is Jenna Elfman's Net Worth and Salary?

Jenna Elfman is an American actress and producer who has a net worth of $12 million. Jenna Elfman has received Golden Globe and Primetime Emmy Award nominations and wins for her roles in films and series like "Dharma & Greg," "Growing Up Fisher," and "Big Stone Gap," among others.

Elfman was born on September 30, 1971 in Los Angeles, California. She is the youngest of three children born to parents Sue Butala and Richard Butala. Her mother was primarily a homemaker while her father worked as a Hughes Aircraft executive. The family was Roman Catholic and of Croatian descent on the father's side.

Elfman attended St. Genevieve High School in the San Fernando Valley before transferring to the Los Angeles County High School for the Arts, from where she graduated. She then attended college at California State University, Northridge. She had also trained in ballet since the age of 5 and had received a full scholarship to study at the Westside School of Ballet. However, she was forced to give it up when one of her tendons separated from the bone.

Elfman's background in dance and ballet was how she was able to begin her professional career. She began appearing in music videos for groups and artists like Depeche Mode, Anthrax,  and Chris Isaak, and also toured with the band ZZ Top in 1994 as a "Legs Girl." At the same time, she was also going to auditions for commercials and shows. She was cast in the 1996 sitcom on ABC called, "Townies" which only ran for one season before being cancelled. She contineud booking one-off appearances on episodes of series like "Murder One," "Almost Perfect," NYPD Blue," and "The Single Guy" in 1996 and 1997. She then landed one of the lead roles on the ABC show, "Dharma & Greg." The show was quite successful as it ran for five seasons before it was cancelled in 2002. She appeared in 119 episodes of the series.

While on "Dharma & Greg," Elfman also continued booking film and television roles. She appeared in "Grosse Point Blank," "Keeping the Faith," and "Clifford's Really Big Movie" throughout the late 1990s and early 2000s. She also appeared in a number of short-lived television series in the 2000s. She was cast as one of the main characters in "Courting Alex" in 2006 and "Accidentally on Purpose" in 2009. She also appeared in episodes of "Two and a Half Men," "Brothers & Sisters," and "My Name is Earl." 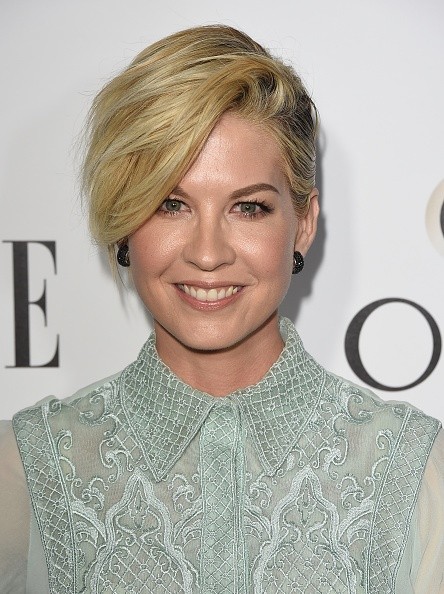 In the 2010s, Elfman kept booking firm and television roles, though they were typically in small films or one-off episodes of series. She appeared in "Struck," "The Six Wives of Henry Lefay," Love Hurts, "Friends with Benefits, " and Barry." In terms of television roles, she appeared in "Shameless," seven episodes of "Damages" in 2012, and was cast as one of the main characters in the only season of the show "1600 Penn" in 2012. In 2014, she was part of the main cast in "Growing up Fisher" before the show was cancelled and then in "Imaginary Mary" in 2017. One of her larger roles came in 2018, when she landed a role in the main cast of "Fear the Walking Dead."

Throughout her career, Elfman has garnered a number of award nominations and wins. She won the 1998 Golden Apple Award as the Female Discovery of the Year and the 1999 Golden Globe Award in the Best Performance by an Actress in a Television Series for her work in "Dharma & Greg." She also won the 1999 and 2000 Favorite Actress in a Comedy for the same show at the TV Guide Awards. She has additionally received nominations at the American Comedy Awards, Primetime Emmy Awards, Satellite Awards, and TCA Awards.

Elfman met her future husband, Bodhi Elfman, in February of 1991 when they were auditioning for a Sprite commercial. The couple dated for four years before marrying in 1995. While her husband was of Jewish descent, he was a practicing Scientologist when he met Elfman, who had been raised Roman Catholic. After meeting, he introduced her to the teachings of the Church of Scientology and Elfman decided to join as well. Elfman has since gotten involved with a number of the church's initiatives. She was a keynote speaker at the Human Rights Hero Award event, organized by the Scientology-affiliated groups, Youth for Human Rights International and Artists for Human Rights. She also co-hosted the 2008 Scientology-affiliated New York Rescue Workers Detoxification Project Charity Event along with Charlie Sheen.

Elfman has also participated in a number of fundraising activities, such as hosting a charity comedy show, participating in a telethon fundraiser, and donating her time for an auction. She has also participated with the National Education Association Read Across American program and has also fundraised for the Environmental Working Group. She is on the Board of Directors for the Dizzy Feet Foundation. 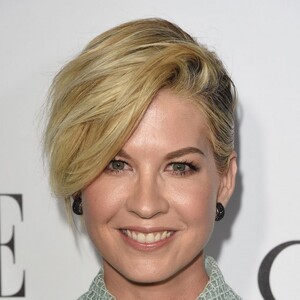