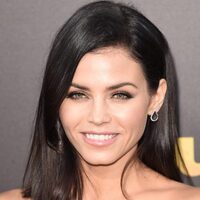 Jenna Dewan Net Worth: Jenna Dewan is an American actress, model, businesswoman, producer and dancer who has a net worth of $30 million dollars. She is perhaps best known today for her relationship with actor/producer Channing Tatum. Jenna and Channing were married in 2009 and announced their split in April 2018. The couple have one child together, a daughter named Everly. Since they were married during some extremely successful years for Channing, Jenna is believed to have been paid a divorce settlement in the $20-30 million range including real estate and ongoing spousal support.

Jenna Dewan was born on December 3, 1980 in Hartford, Connecticut. Dewan graduated Grapevine High School in Texas then attended the University of Southern California where she was a member of Pi Beta Phi. Jenna started her career dancing with multiple recording artists including N'Sync, Pink, Missy Elliott, and on Janet Jackson's "All for You" tour, before launching her acting career. She is widely recognized for her roles in the films, "Tamara", and the first "Step Up" film which is where she first met Channing.  She has appeared on television series including Melrose Place, The Young and the Restless, Quintuplets, American Horror Story: Asylum, and more. She created 33andOut Productions with Tatum and several friends. 33andOut has produced several socially-conscience documentaries. She is an avid animal rights advocate and Vegan.

Real Estate: In 2008, Channing and Jenna paid $2.6 million for a hillside home in LA's Laurel Canyon. In February 2018, the Channings paid $6 million for a home in Beverly Hills, California. They no longer own the Laurel Canyon home and after the divorce, Jenna briefly continued living at the Beverly Hills home which is still owned by Channing today. After moving out, Channing rented a home in LA's San Fernando Valley for $25,000 per month. It's not clear as of this writing if he has purchased a new primary residence for himself. At some point Jenna moved out of the BH mansion and into a rented home in an LA suburb.