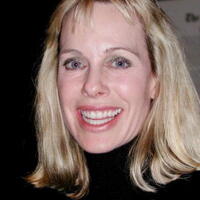 Jenilee Harrison net worth: Jenilee Harrison is an American actress who has a net worth of $3 million. Jenilee Harrison was born in Northridge, California in June 1958. Before getting into acting she was a cheerleader for the Los Angeles Rams. Harrison starred as Cindy Snow on the television series Three's Company from 1980 to 1982. From 1984 to 1986 she starred as Jamie Ewing on the TV series Dallas. Harrison starred in the films Tank, Curse III: Blood Sacrifice, Prime Target, Illicit Behavior, Fists of Iron, and The Redemption. She also appeared in episodes of the TV series CHiPs, Fantasy Island, Simon & Simon, The Love Boat, Murder, She Wrote, and That '70s Show. Harrison appeared on several game shows and variety series including Password Plus, Match Game, Hollywood Squares, Hot Potato, Body Language, Super Password, and The New Hollywood Squares. She formerly dated baseball player Reggie Jackson and married the ex-husband of actress Cybill Shepherd, Dr. Bruce Oppenheim.