How much is Jena Malone Worth?

Jena Malone net worth: Jena Malone is an American actress and musician who has a net worth of $4 million. She is best known for appearing in the movie, Bastard Out of Carolina, as well as the films Ellen Foster, Contact, Stepmom, Donnie Darko, and Saved!, Into the Wild, Pride & Prejudice, Sucker Punch, and The Hunger Games: Catching Fire. She was born in 1984 in Sparks, Nevada and was raised by her mother and her mother's girlfriend at the time, whom she called, "Godmom." Malone began taking an interest in acting after watching her mother, who was involved in community theatre, and eventually persuaded her mother to move to Los Angeles so she could pursue her acting career. Her debut as a professional actress came in 1996 with her role in Bastard Out of Carolina. For that film, she was nominated at the Independent Spirit Awards for "Best Debut Performance," and at the SAG Awards for "Outstanding Performance by a Female Actor in a Television Movie or Miniseries." From there, her work in films grew and over the years she has appeared in several well known Hollywood features, her career path has often been compared to that of Jodi Foster, who herself was a former child actress who crossed over quite elegantly into more adult roles. Malone is also an experimental musician who has released music both under her own name and as The Shoe. 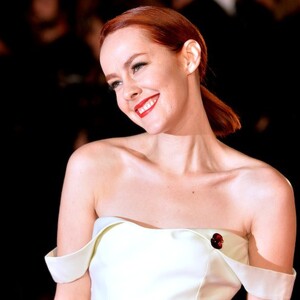