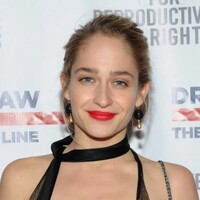 What is Jemima Kirke's Net Worth?

Jemima Kirke is a British-American artist music video director, and artist who has a net worth of $4 million. Jemima Kirke rose to fame for playing Jessa Johansson on the HBO television series "Girls." She has had further major roles in the Netflix miniseries "Maniac," the third season of the Netflix series "Sex Education," and in the Irish serial "Conversations with Friends." Kirke has also appeared in a number of films, including "Tiny Furniture," "The Little Hours," "Untogether," and "All These Small Moments."

Jemima Kirke was born on April 26, 1985 in London, England to British parents, and was raised in New York City. Her mother, Lorraine, founded the now-defunct vintage boutique Geminola, while her father, Simon Kirke, is the former drummer of the rock bands Bad Company and Free. Kirke is Jewish, and has two sisters named Lola and Domino, both of whom also became actresses. She was educated at Saint Ann's School in Brooklyn, where she became friends with her future "Girls" collaborator Lena Dunham. For her higher education, Kirke studied painting at the Rhode Island School of Design, graduating with her Bachelor of Fine Arts degree in 2008.

Kirke had her breakthrough in 2012 when she began playing the main role of Jessa Johansson on Lena Dunham's HBO series "Girls." She starred alongside Dunham, with other main cast members including Allison Williams, Zosia Mamet, Adam Driver, and Alex Karpovsky. A major hit, "Girls" ran for six seasons through 2017, earning Emmy and Golden Globe Awards, among other accolades. During the show's run, Kirke lent her voice to episodes of the animated series "Axe Cop" and "The Simpsons." After "Girls" ended, she had a recurring role in the 2018 Netflix miniseries "Maniac," starring Emma Stone, Jonah Hill, Justin Theroux, Sonoya Mizuno, Gabriel Byrne, and Sally Field. The year after that, Kirke made a guest appearance in an episode of the anthology series "High Maintenance."

In 2021, Kirke joined the third season of the Netflix dramedy series "Sex Education" in the regular role of Hope Haddon, the new headmistress at Moordale Secondary School. The series stars Asa Butterfield, Gillian Anderson, Ncuti Gatwa, and Emma Mackey, among others. Kirke had her next main role in 2022, playing Melissa Baines in the Irish serial "Conversations with Friends." An adaptation of the eponymous novel by Sally Rooney, the program aired on Hulu, BBC Three, and RTÉ One. Kirke starred alongside Alison Oliver, Sasha Lane, and Joe Alwyn. 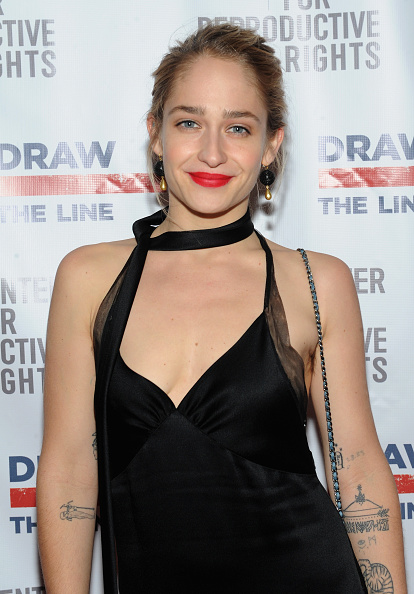 Kirke made her feature film debut in 2010 with a supporting role in "Tiny Furniture," the first film directed by her future "Girls" costar Lena Dunham, who also wrote and starred in the film. Kirke didn't return to the big screen until 2015 with a supporting role in the supernatural horror comedy "Ava's Possessions." She had another supporting role two years later in the medieval-set black comedy "The Little Hours." Kirke subsequently had her first starring role in the 2018 drama "Untogether," in which she appeared alongside her sister Lola. Other cast members include Jamie Dornan, Ben Mendelsohn, and Billy Crystal. Also in 2018, Kirke was in the coming-of-age film "All These Small Moments." Her next role was in the 2020 historical romantic drama "Sylvie's Love," starring Tessa Thompson and Nnamdi Asomugha.

In addition to television and film, Kirke has carved out a career starring in and directing music videos. She made her debut in 2017, appearing in the videos for Zayn's song "Dusk Till Dawn" and Alex Cameron and Angel Olsen's duet "Stranger's Kiss." Kirke went on to have a prolific partnership with Cameron, her eventual husband, directing the videos to his songs "Studmuffin96," "Marlon Brando," and "Best Life."

With the art experience she acquired at RISD, Kirke has continued to paint and exhibit her work. In late 2011, she held a show entitled "A Brief History" through Skylight Projects. Later on, Kirke exhibited portrait-style paintings of women in wedding dresses at a gallery on Manhattan's Lower East Side. The show was inspired by her own divorce, and one of the paintings was a self-portrait.


In 2009, Kirke married lawyer Michael Mosberg, with whom she had two children. The couple split in the summer of 2016 and eventually divorced. Kirke subsequently began dating Australian singer-songwriter and musician Alex Cameron; they got married in late 2020. She lives in the Carroll Gardens neighborhood of Brooklyn, and also has a residence in East Hampton on Long Island.