How much is Jeffrey Tambor Worth?

Jeffrey Tambor net worth and salary: Jeffrey Tambor is an American actor who has a net worth of $16 million. Jeffrey Tambor is probably most well known to television audiences for playing not just one but two of the funniest and most admired TV sitcom characters of all time: George Bluth on Arrested Development, and Hank Kingsley on The Larry Sanders Show. After beginning his career in repertory theater, he made his Broadway debut in Sly Fox, starring opposite George C. Scott. In 1979, he made one of his first impressions on a wider movie audience in And Justice for All, starring Al Pacino. He's also racked up an impressive number of TV credits, including Three's Company and The Golden Girls. In the early 90s, Tambor got what may go down as his signature role, that of preening and egotistical talk show sidekick Hank Kingsley on The Larry Sanders Show. A decade later, he got his other signature role on Arrested Development. In between and since, he's made a good living appearing in character roles in movies like Hellboy, The Hangover, and Monsters vs. Aliens. More recently, Tambor has won acclaim for his work on the Amazon original show "Transparent". 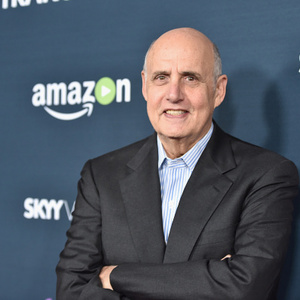