Early Life: Morgan was born on April 22, 1966 in Seattle, Washington. His mother's name is Sandy Thomas and his father is Richard Dean Morgan. He attended Lake Washington High School, where he played basketball, until his graduation in 1984. He then attended Skagit Valley College where he continued playing basketball in hopes of pursuing the sport as a career. However, following a leg injury that ended his basketball dreams, he dropped out of school and decided to pursue creative outlets like writing and painting. After spending a weekend in Los Angeles helping a friend move, he decided to move there and pursue acting, though he had never had an formal training.

Career: Morgan's first acting role was in the 1991 film, "Uncaged." The first few active years of his career primarily involved small film roles in titles like "To Cross The Rubicon," "Dillinger and Capone," and "Undercover Heat." His foray into television work began in the mid-1990s when he started landing roles in shows like "Extreme," "JAG," "Sliders," and "In the Blink of an Eye." He became a major character on the 1996-1997 series "Burning Zone," appearing in eleven of the show's nineteen episodes.

Over the next few years, he continued booking one or two episodes of shows like "Walker, Texas Ranger," "ER," "The Practice," "Angel," The Division," "CSI: Crime Scene Investigation," "Star Trek: Enterprise," "The Handler," "Tru Calling," "Monk," and "The O.C." He also had roles in films like "Road Kill," "Something More," "Dead & Breakfast," "Chasing Ghosts," and "Live!"

His next major recurring television series role began in 2005 when he was cast as a main character on the CW series "Supernatural" as the role of John Winchester. He remained on the show until 2007. Concurrently, he booked a recurring spot on the popular ABC series, "Grey's Anatomy," appearing in twenty-three episodes across three seasons from 2006 to 2009.He was slated to star in another show by "Grey's Anatomy" creator Shonda Rhimes entitled "Correspondents" that was set to begin filming in 2007. However, ABC decided to instead pick up "Private Practice," a Grey's Anatomy spin-off.

In 2007, Morgan also filmed the movie "The Accidental Husband," in which he played the starring role. He then scored one of his largest film roles to date in the film "Watchmen," based on the graphic novel by Alan Moore. He played the main character of The Comedian in the 2009 film. He also appeared in a few other films in 2009, including "Taking Woodstock," "The Losers," and "Jonah Hex," based on the DC comic book. In 2011, he played a detective in the Texas crime thriller, "Texas Killing Fields." He then booked another recurring television role in the drama series, "Magic City." In 2012, he had roles both in the horror film, "The Possession," and in the war film, "Red Dawn." 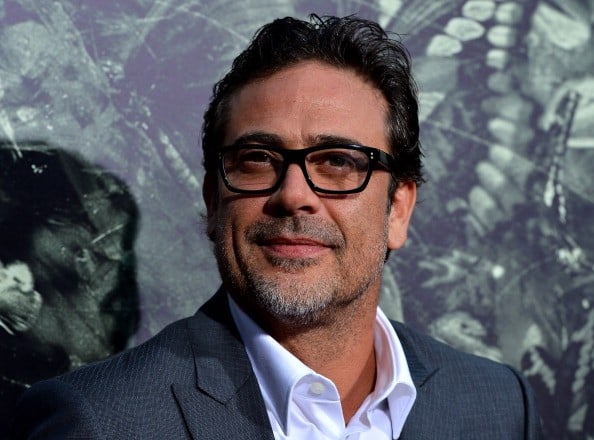 The year of 2014 was another busy one for Morgan, as he landed a role in the season finale of the popular series "Shameless" and then filmed a four-hour miniseries, "The Secret Life of Marilyn Monroe," in which he played Joe DiMaggio. The following year, he portrayed the real life character of Deaf Smith in a five-part History Channel mini-series entitled "Texas Rising." He also joined the cast of the CBS series, "extant" and had an uncredited role in "Batman v. Superman: Dawn of Justice."

He began appearing on the CBS series "The Good Wife" as the investigator character Jason Crouse in 2015 and remained on the show until it concluded the following year. He also starred in the thriller film, "Desierto." In 2016, he landed is most recognizable role so far in the AMC series, "The Walking Dead." He first appeared on the show during the sixth season finale as the character of Negan and went on to star in the seventh and eighth seasons as the primary antagonist. In reprised the voice of the character in the 2019 fighting video game, "Tekken 7."

In 2018, Morgan appeared in the film "Rampage" along with Dwayne "The Rock" Johnson. He also reprised the character of John Winchester in the fourteenth season of "Supernatural," in honor of the show's 300th episode, in 2019.

Personal Life: Morgan married actress Anya Longwell in 1992 but the couple divorced in 2003. He had a relationship with actress and producer Sherrie Rose in the months that followed and the two had a son together in 2005. He then began dating his co-star from "Weeds," Mary Louis Parker, and the two got engaged in 2007. However they decided to end their engagement in April of 2008.

In 2009, Morgan began dating actress Hilarie Burton after being set up with her on a blind date, arranged by his co-star from "Supernatural," Jensen Ackles. They had a son together, Gus, in March of 2010 and daughter, Georgia Virginia, in February of 2018. The couple then got married in October of 2019, despite reports that they had already been married as early as 2014.

The couple live on a 100-acre working farm in the town of Rhinebeck in the Hudson Valley of New York. The farm has cows, chickens, alpacas, donkeys, and ducks, among other animals. He also co-owns a candy store in Rhinebeck along with his friend, actor Paul Rudd. Morgan also purchased an apartment in Lower Manhattan of New York City in 2019. 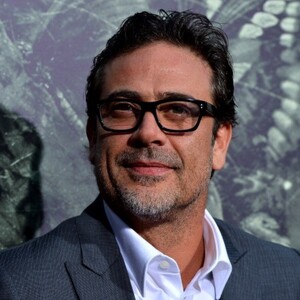