Jeff Stelling net worth and salary: Jeff Stelling is an English sports journalist and presenter who has a net worth of $3 million dollars. Jeff Stelling was born in Hartlepool, County Durham, England, and began his professional career working as a journalist for the Hartlpool Mail, just after graduating. After four years with the paper, he made the transition to radio work.

He began his radio broadcasting career covering Middlesbrough F.C. games for Radio Tees. He then became a presenter for LBC Radio "Sportswatch" and then moved on to BBC 2's "Sports on 2". By the late 80s, he'd made the leap to television, working as both a newsreader and sports presenter for various shows and stations, including Channel 4, British Satellite Broadcasting, and Sky. He is most widely recognized for his presenting work on "Sports Saturday", and for his hosting work on the popular game show, "Countdown". He is currently writing for twentyfour7 Football Magazine and covering Champions League games. 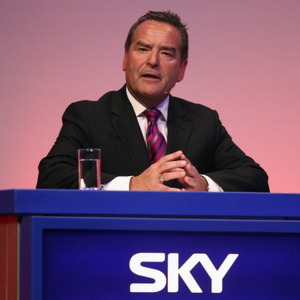