Jeff Perry net worth: Jeff Perry is an American actor who has a net worth of $5 million. Jeff Perry was born in Highland Park, Illinois in August 1955. He has acted on stage as well as for films and television. From 1996 to 2001 he starred as Insp. Harvey Leek on the television series Nash Bridges.

Perry began starring as Cyrus Beene on the TV series Scandal in 2012. From 2006 to 2011 he had a recurring role as Thatcher Grey on the series Grey's Anatomy. Jeff Perry has also appeared in several films and episodes of TV series including Three Fugitives, Family Ties, Columbo: Murder, Smoke, and Shadows, The Grifters, The Flash, thirtysomething, L.A. Law, My So-Called Life, Chicago Hope, Frasier, NYPD Blue, The Human Stain, ER, The District, The West Wing, The Practice, Lost, Numb3rs, Cold Case, Crossing Jordan, Prison Break, Fringe, CSI: NY, CSI: Crime Scene Investigation, and more. Perry won a TV Guide Award in 2013 for Scandal. He was married to Laurie Metcalf from 1983 to 1992 and his daughter is Zoe Perry. 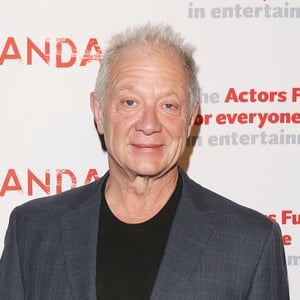