How much is Jeff Goldblum Worth?

Jeff Goldblum Net Worth: Jeff Goldblum is an American actor who has a net worth of $40 million. Jeff Goldblum has starred in some of the biggest blockbusters of all time, while also frequently choosing to portray unconventional characters in limited release indies, now achieving a new level of fame for his eccentric personality in talk show interviews and other appearances.

Early Life: Born in West Homestead, Pennsylvania on October 22nd, 1952, both of Goldblum's parents had a non-professional interest in show business, which he credits as one of the factors leading to his chosen career. He also credits the untimely death at age 23 of his older brother Rich with his increase in focus as a young man, and his determination to "save myself and survive," per an interview he gave to The Guardian.

Acting Career: Goldblum made his debut on Broadway in the musical Two Gentlemen of Verona, going on to make his big screen acting break as a drug-addled punk in 1974's Death Wish  Goldblum spent several years looking for that one step-up role that would catapult his career to a sky level, and made had memorable small roles in films like Nashville and Annie Hall. Finally, the kind of big role he'd been looking for arrived: the one he played in 1983's The Big Chill, playing a seedy magazine journalist who reconnects with his college friends during a funeral. Goldblum continued to appear in memorable supporting turns in films like Invasion of the Body Snatchers, The Right Stuff, and (in full cowboy regalia) The Adventures of Buckaroo Banzai Across the 8th Dimension. He also started racking up leading roles in the 1980s too, with Into the Dark and a truly star-making main role in director David Cronenberg's The Fly (1986), which earned him widespread critical recognition in the role of Seth Brundle, the mad scientist who accidentally hybridizes himself with a housefly. Other major box-office successes followed with Jurassic Park and its sequel Jurassic Park: The Lost World (going on to reprise his role in two latter Jurassic Park sequels, Jurassic World: Fallen Kingdom and 2021's Jurassic Park: Dominion), as well as Independence Day (1996). Having cemented his status as one of Hollywood's top actors, he starred as Detective Zach Nichols for the eighth and ninth seasons of the USA Network's crime drama show Law & Order: Criminal Intent. But then, he took a step back to dedicate himself on lower-profile independents like 2002's Igby Goes Down – not at all unusual for the nonconforming performer.

In 2004, Goldblum worked for director Wes Anderson in The Life Aquatic with Steve Zissou, going on to re-team with him in 2014 for Grand Budapest Hotel and in 2018's stop-motion animated Isle of Dogs. In 2017, he joined the Marvel Cinematic Universe in the role of The Grandmaster, first in the sequel to Guardians of the Galaxy and then again in Thor: Ragnarok 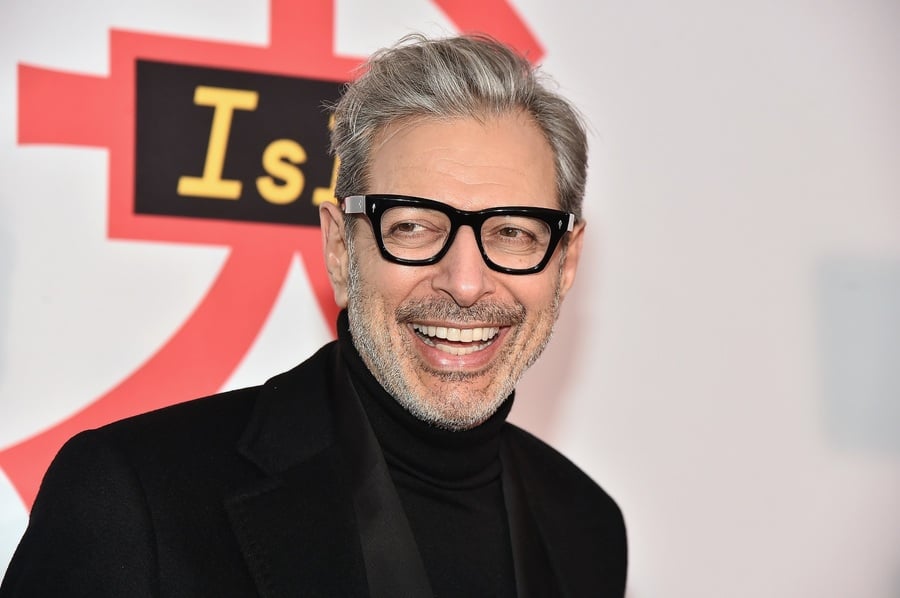 Early in his career, Goldblum made frequent appearances on television, on shows like Columbo and Starsky and Hutch, and the TV movie version of The Legend of Sleepy Hollow. He portrayed legendary TV comedian Ernie Kovacs in a TV biopic in 1984, and has lent his distinctive persona to various shows in cameo roles over the years, like Sesame Street, The Larry Sanders Show, The Simpsons, King of the Hill, Mr. Show with Bob and David, and several projects from comedians Tim Heidecker and Eric Wareheim, starting with Tom Goes to the Mayor and leading into Tim and Eric Awesome Show Great Job!. He also made several appearances on the IFC sketch comedy show Portlandia, and then in 2019 he got his own documentary series on Disney+, entitled The World According to Jeff Goldblum.

Goldblum has lent his acting abilities to several video games over the years. In 1996 he starred in Goosebumps: Escape from Horrorland in the role of Count Dracula, and in 2015 he appeared in Call of Duty: Black Ops III. He's also reprised two of his most famous film characters for video game adaptations: Dr. Ian Malcolm, first in 1997's Chaos Island: The Lost World and again more than 20 years later in Jurassic World Evolution, and David Levinson in the 1997 Independence Day video game.

Music Career: Owing to his early interest in music, Goldblum has said in interviews that he could have gone into music instead of acting at an early age. He's an accomplished jazz pianist, and his first professional recording was on the 2001 compilation album Hollywood Goes Wild!, featuring several film and television stars performing music. But it took 17 more years for him to release a proper album of his own along with the The Mildred Snitzer Orchestra: 2018's The Capitol Studios Sessions, followed by I Shouldn't Be Telling You This in 2019.

Personal Life: Jeff Goldblum was married to actress (and his Silverado costar) Patricia Gaul from 1980 to 1986. Then from 1987 to 1990, he was famously married to actress and three-time costar Geena Davis (with whom he appeared in Transylvania 6-5000, The Fly, and Earth Girls Are Easy). Then, in 2014, Goldblum married his third wife, Canadian Olympic gymnast Emilie Livingston, with whom he has two children.

Real Estate: Interestingly, Jeff Goldblum has reportedly owned his home in Los Angeles since way back in 1982, when his film career was just kicking into high gear. The home has three beds and three baths spread across a little over 3,000 square feet of living space, and he's been evidently content to call it home for the last few decades, an eternity by the standards of Hollywood real estate. 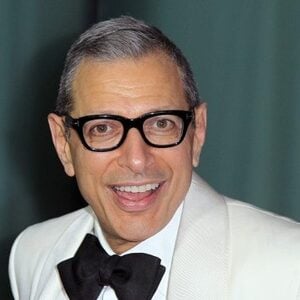