Jeff Bergman net worth: Jeff Bergman is an American voice actor who has a net worth of $3 million. Jeff Bergman was born in Philadelphia, Pennsylvania in July 1960. He took over for Mel Blanc as the voice of Bugs Bunny and many other Warner Bros. characters when Blanc passed away in 1989. Bergman voices the roles of many classic cartoon characters including Daffy Duck, Yosemite Sam, Sylvester the Cat, George Jetson, Foghorn Leghorn, Yogi Bear, Fred Flintstone, Quick Draw McGraw, and Huckleberry Hound. He graduated from the University of Pittsburgh and worked in radio before being signed with the William Morris Agency. Berman has voiced roles for the movies Gremlins 2: The New Batch, Jetsons: The Movie, Big Miracle, and Foodfight!. He has voiced roles for the TV series Tiny Toon Adventures, Ace Ventura: Pet Detective, Doug, Harvey Birdman, Attorney at Law, Family Guy, The Looney Tunes Show, and Mike Tyson Mysteries. Bergman has been nominated for five Behind the Voice Actors Awards. 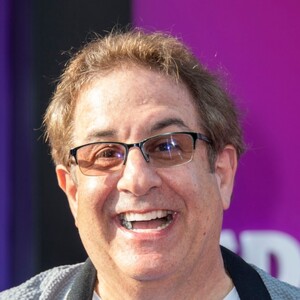