What is Jeanne Tripplehorn's Net Worth?

Jeanne Tripplehorn is an American film and television actress who has a net worth $8 million. That is a combined net worth with her husband of 20+ years, actor Leland Orser. Jeanne has appeared in dozens of popular movies and television shows during her career.

Jeanne Tripplehorn is best known for her performances in such films as "Basic Instinct," "The Firm," "Sliding Doors," and "Morning." Earlier in her career, she performed on stage in various plays, including a Broadway production of Chekhov's "Three Sisters." Tripplehorn has also appeared on television in programs such as "Big Love," "Criminal Minds," "Grey Gardens," and "Mrs. America."

Jeanne Tripplehorn was born on June 10, 1963 in Tulsa, Oklahoma to Tom, a former guitarist for Gary Lewis & the Playboys, and Suzanne. When she was two, her parents divorced. As a teen, Tripplehorn went to Edison High School, and subsequently spent a semester at the University of Tulsa. Following this, she appeared on the local television shows "Creature Feature" and "Night Shift," and worked at the rock radio station KMOD. Tripplehorn went on to attend the Juilliard School, where she studied drama and earned her BFA.

In 1992, Tripplehorn made her feature film debut in the supporting role of Dr. Beth Garner in the erotic thriller "Basic Instinct." The next year, she had another supporting part in the romantic comedy "The Night We Never Met," and had her first leading role in the legal thriller "The Firm," costarring Tom Cruise. Tripplehorn followed this up with another leading role in the 1995 post-apocalyptic action film "Waterworld," costarring Kevin Costner and Dennis Hopper. Two years later, she starred in the romantic comedy "'Til There Was You" and the horror comedy "Office Killer." In 1998, Tripplehorn was in three films: the neo-noir crime film "Monument Ave.," the Gwyneth Paltrow dramedy "Sliding Doors," and Peter Berg's black comedy "Very Bad Things," starring Cameron Diaz, Jon Favreau, Jeremy Piven, and Daniel Stern. Tripplehorn capped off the decade with a leading role in the romantic comedy "Mickey Blue Eyes," in which she starred opposite Hugh Grant.

Tripplehorn began the 2000s with roles in four smaller films. They were the Abbie Hoffman biopic "Steal This Movie!"; Mike Figgis' experimental ensemble film "Timecode"; the independent thriller "Paranoid"; and the British comedy "Relative Values," based on the eponymous play by Noël Coward. In 2002, Tripplehorn had one of her biggest turkeys with "Swept Away," Guy Ritchie's remake of the 1974 Italian film of the same name. Starring Madonna and Adriano Giannini, it was a massive box-office flop and critical bomb. Tripplehorn returned to the big screen three years later in the comedy "The Amateurs." She was subsequently in the crime film "Winged Creatures," Tim Allen's feature film directorial debut "Crazy on the Outside," and the drama "Morning," in which she starred opposite Laura Linney and Elliott Gould. Tripplehorn's later credits have included "A Perfect Man," "We Only Know So Much," "Little Pink House," "Gloria Bell," and "Ana." 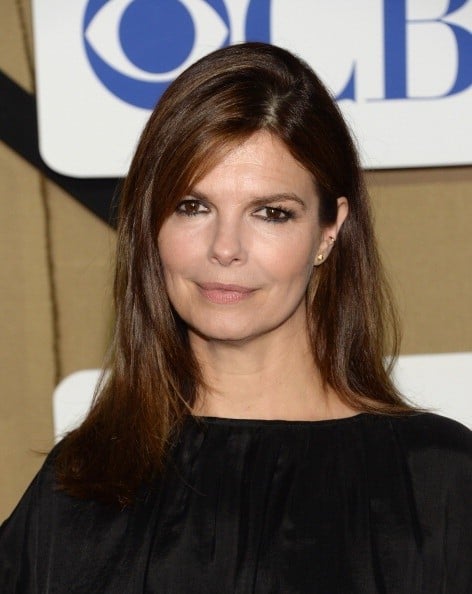 Tripplehorn made her small-screen debut in the 1991 television film "The Perfect Tribute." The following year, she appeared in three episodes of the sketch comedy series "The Ben Stiller Show." Later, in 1996, Tripplehorn appeared on another sketch comedy show, "Mr. Show with Bob and David." She followed this with a string of television films including "Old Man," "Brother's Keeper," and "Word of Honor." In 2003, she appeared in the "Trophy Girlfriend" episode of the sitcom "Frasier."

Tripplehorn landed her biggest television role yet in 2006, when she began playing the main role of Barbara Henrickson on the HBO series "Big Love." The show, which ran for five seasons through 2011, focused on a polygamous, fundamentalist Mormon family in modern-day Utah, and starred Bill Paxton as the family patriarch. Tripplehorn played one of Paxton's character's wives along with Ginnifer Goodwin and Chloë Sevigny. While still on "Big Love," Tripplehorn had another acclaimed role in the HBO biographical television film "Grey Gardens," based on the story behind the eponymous 1975 documentary. A huge hit, the film received 17 Emmy Award nominations, including one for Tripplehorn's supporting performance as Jacqueline Kennedy Onassis. After appearing in the television movie "Five" and in two episodes of the sitcom "New Girl," Tripplehorn joined the cast of the CBS police procedural series "Criminal Minds" in 2012. Replacing Paget Brewster's character Emily Prentiss, Tripplehorn played Dr. Alex Blake in seasons eight and nine. Five years after leaving the show, Tripplehorn returned to television with a recurring role on the adult animated streaming series "Undone." Her subsequent credits have included "BoJack Horseman," the historical drama miniseries "Mrs. America," and the HBO historical drama series "The Gilded Age."

Between 1990 and 1996, Tripplehorn was in a relationship with actor Ben Stiller. Later, in 2000, she wed actor Leland Orser, with whom she had earlier costarred in the film "Very Bad Things." Together, they have a son named August.