Jeane Manson Net Worth: Jeane Manson is an American model, singer, and actress who has a net worth of $4 million. Jean Anne Manson was born in Cleveland, Ohio in October 1950. Jeane was the Playmate of the Month for Playboy magazine in August 1974. Her first film role came in the movie Hot Thrills and Warm Chills in 1967.

She starred in the prime time soap opera Riviera and the TV series Regina auf den Stufen. She also starred in the movies The Young Nurses, Dirty O'Neil, Nightmare Circus, From Hong Kong with Love, The Acrobat, 10 to Midnight, The Trail, and The Piano Player. Manson has released a total of 19 albums which cover genres including gospel, country, and pop. Her self-titled debut album was released in 1977 and her latest album Amour cache was released in 2004. Her 1996 album Country girl was the first country & western album to be recorded by a French female singer. She came in 13th place in the 1979 Eurovision Song Contest representing Luxembourg. She has been married to Dave Ghormley, Andre Djaoul, Robert Viharo, and Richard Berry. Jeane has also been linked to Joe Dassin, Bernard Giroux, Allain Bougrain-Dubourg, and Cyrille Piuchet. She has two daughters. Manson has been awarded "The Order of Merit" and "The Order of Arts & Letters" by the French Government. 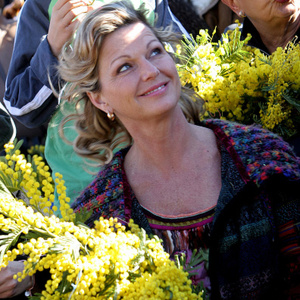