What is Jean Smart's Net Worth?

Jean Smart is an American actress who has a net worth of $10 million dollars. She is perhaps best known for playing the leading role of Charlene Frazier Stillfield on the CBS sitcom "Designing Women" from 1986-1991. Later, Smart won two Emmy Awards for her part on the hit series "Frasier". Her better-known TV and film credits include "Undue Influence", "Sweet Home Alabama", "Bringing Down The House", "Garden State", and "The District". Since 2021, she has starred in the Emmy-nominated comedy "Hacks" on HBO Max.

Jean Elizabeth Smart was born on September 13, 1951 in Seattle, Washington, the daughter of Kathleen Marie Kay and Douglas Alexander Smart. She is the second of four children. Smart was diagnosed with type 1 diabetes at the age of 13. Smart discovered in season 10 of the TV show "Who Do You Think You Are?" that she is a direct descendant of Dorcas Hoar, one of the last women convicted of witchcraft during the Salem witch trials. She began acting at Ballard High School in Seattle, where she graduated in 1969, and earned her BFA from the University of Washington's Professional Actors Training Program.

After college, Smart started performing in stage productions around Seattle and throughout the Pacific Northwest (including at the Oregon Shakespeare Festival in Ashland, Oregon) before moving to New York City to work off-Broadway and in professional regional productions. In the late '70s, she started breaking into television with small parts in "Alice", "Remington Steele", and "The Facts of Life". In 1980, she played Lady Macbeth at the Pittsburgh Public Theater opposite Tom Atkins and Keith Fowler. She was nominated for a Drama Desk Award for her performance in the off-Broadway play "Last Summer at Bluefish Cove." In 1981, Smart made her Broadway debut in a production of "Piaf". After roles on the short lived series "Teachers Only" and "Reggie," Smart had a supporting role in the thriller "Flashpoint" in 1984.

In 1985, Jean became a household name when she landed a starring role on "Designing Women", playing Charlene Frazier Stillfield for five years. After "Designing Women," her work was mostly found in made for TV movies and supporting roles in films. She played serial killer Aileen Wuornos in the TV movie "Overkill: The Aileen Wuornos Story" in 1992 and landed a supporting role opposite Robert De Niro and Eli Wallach in the black comedy "Mistress," a role in which critic Roger Ebert praised and called her character "calculating." She was then cast in the family drama "Homeward Bound: The Incredible Journey" in 1993 and as Ory Baxter in "The Yearling." In 1995, she appeared in several roles: "The Brady Bunch Movie" in 1995, "A Stranger in Town" opposite Gregory Hines, "High Society," "Style & Substance," "The Odd Couple II," and as Draborah Sloan in the drama "Guinevere" in 1999. Also in 1999, she had a starring role in the comedy "Forever Fabulous" as an aging beauty queen.

In 2000, Smart was cast as Lana Gardner in the critically acclaimed comedy series "Frasier" opposite Kelsey Grammer. The show was set in her hometown of Seattle. For her role, Smart went on to win two Primetime Emmy Awards for Outstanding Guest Actress in a Comedy Series. 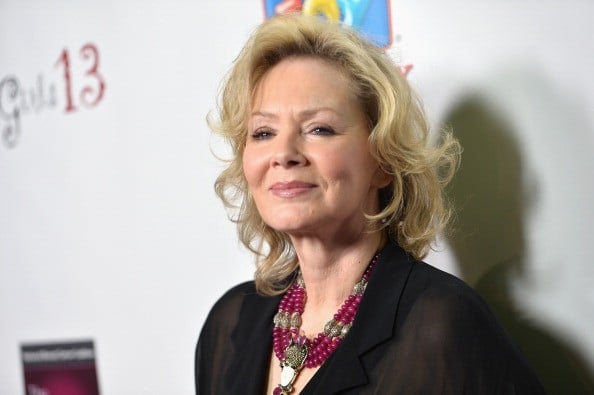 Smart won another Emmy for Best Supporting Actress for "Samantha Who?" alongside Christina Applegate. Reflecting on the role, Smart said: "I had loved that role on Frasier so much, particularly that first episode. It's nice to get nominated and win for something you were particularly proud of. At the time I was a little bit snobby about doing guest parts. Based on what I don't know. It wasn't something I was seeking. But my agent said, 'You have to read this.' I thought it was hilarious and the show was brilliant so I didn't even hesitate. I remember when we did the table read with the rest of the cast we could hardly get through it we were laughing so hard."

Later that year, she starred in a Broadway revival production of "The Man Who Came to Dinner," which earned her a Tony Award nomination. Later, she landed roles in many high-profile films, playing the mother in law of Reese Witherspoon in 2002's "Sweet Home Alabama" and starring opposite Queen Latifah in "Bringing Down the House." She also had a small role in 2004's "Garden State." Smart also played a role on "The District" from 2000 and 2004. From 2002 to 2007, she voiced Dr. Ann Possible on "Kim Possible." Up next, she lent her voice to "The Oblongs" and "Hey Arnold!" Smart starred on "24" as First Lady Martha Logan, earning two Emmy nods for her work in 2006 and 2007. Other roles from around this time included "I Heart Huckabees," "Lucky You," "Youth in Revolt," and "Hawaii Five-0."

Smart won her third Emmy award for Best Supporting Actress in a Comedy Series when she starred opposite Christian Applegate in "Samantha Who?" from 2007 to 2009. In 2012, she was nominated for yet another Emmy for her role in "Harry's Law." In 2015, she starred in the second season of the FX series "Fargo." For her role, she won the Critics' Choice Award and was nominated for another Emmy. In 2019, Smart played Laurie Juspecyzk in the HBO superhero drama limited series "Watchmen," which received enormous critical acclaim and won 11 Emmy Awards, including for Outstanding Limited Series. In 2021, Smart appeared in the seven-episode HBO crime drama limited series "Mare of Easttown." Also in 2021, she began starring as the lead in the HBO max dark comedy series "Hacks." In the series, she plays Deborah Vance, a legendary Las Vegas comedy diva trying to appeal to a younger audience. USA Today declared smart, at the age of 69, "The Queen of HBO," after her turns in "Watchmen," "Mare of Easttown," and "Hacks."

She married actor Richard Gilliland in 1987. They have two children together. Sadly, Richard passed away unexpectedly of a heart condition in March 2021, at the age of 71. Jean was still in the process of filming "Hacks." The pair had been married for nearly 34 years. 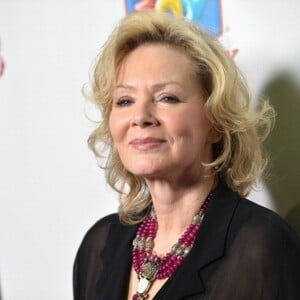