What is Jean Reno's Net Worth?

Jean Reno is a French actor who has a net worth of $70 million. Over his multi-decade career, Jean Reno has appeared in dozens of movies in countries around the world, including films like "The Pink Panther," "Leon: The Professional," "Mission: Impossible," "Godzilla," and "The Da Vinci Code." He provided the voice of "Mufasa" in the French version of "The Lion King" and famously turned down the role of "Agent Smith" in The Matrix."

Reno was born on July 30, 1948 in Casablanca, Morocco. His name at birth was Juan Moreno y Herrera-Jimenez, which he later shortened to Jean Reno once he began booking acting jobs in France. His parents were natives of Spain but had moved to Morocco in order to find better work and escape Spain, which had been under the rule of dictator Francisco Franco. His father worked as a linotypist

He grew up with his younger sister, Maria Terese, and was raised in a Catholic family. Because of his parents, he spoke Spanish and learned Arabic and French due to growing up in Morocco. When he was a teenager, his mother died, and he moved to France shortly after at the age of 17. He decided to study acting at the Cours Simon School of Drama and then served in the French Army, which was mandatory after his family gained French citizenship.

After his time in the army, Reno began pursuing work in acting. His large frame helped him book some of his early roles, commonly referred to as "heavies," which were generally non-speaking roles. He then began booking some roles in romantic comedies and action films. One of his earliest real film roles was "Le Dernier Combat" by director Luc Besson in 1983. He would go on to appear in many films that Besson either wrote, produced, or directed. Some of those films include "La Femme Nikita" in 1990, "The Big Blue" in 1988, and "Leon: The Professional" in 1994. For his role in "The Big Blue," he received a nomination in the Best Supporting Actor category at the César Awards.

Reno also booked the voice role of "Mufasa" in the French-language version of "The Lion King," which was recorded in English by James Earl Jones. Some of Reno's most prominent roles in American films include "French Kiss" opposite of Meg Ryan, "Mission: Impossible" with Tom Cruise, "Ronin" with Robert De Niro, and "Godzilla" with Matthew Broderick. He was also offered the role of Agent Smith in "The Matrix" but decided to turn it down.

While he became a popular actor in the United States, he also continued working in French cinema. Some of his most prominent French films include "Les Visiteurs" in 1993,  "Crimson Rivers" in 2000, and "Jet Lag" in 2002, which became a huge box-office success in France. "Crimson Rivers," or "Les Rivières pourpres" in French, also received critical acclaim and Reno received a nomination at the European Film Awards in the Best European Actor category for his role. 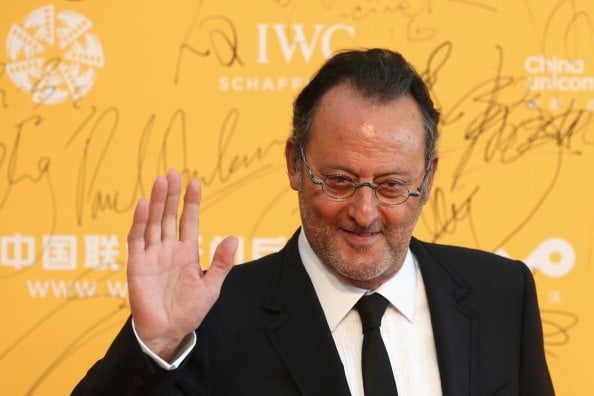 One of Reno's most notable roles in the mid-2000s came when he was case in the remake of "The Pink Panther" in 2006, playing the role of Gilbert Ponton opposite of Steve Martin as Inspector Clouseau. He went on to reprise the role in the sequel, "The Pink Panther 2" in 2009. Also in 2006, he booked the role of Captain Bezu Fache in "The Da Vinci Code" by director Ron Howard. He appeared in the movie "Ca$h" in 2008 and in "Couples Retreat" in 2009.

Throughout the 2010s, Reno had continued booking steady film roles. Some his films throughout that decade include roles in "Zookeeper," "The Chef," "My Summer in Provence," "Hector and the Search for Happiness," "Brothers of the Wind," "The Promise" "The Adventurers," and "Cold Blood." In 2019, he also reprised his voice role of Mufasa for the French-language version of the remake of "The Lion King." In 2020, he appeared in "Da 5 Bloods," for which the cast received a nomination at the Screen Actors Guild Award for Outstanding Performance by a Cast in a Motion Picture. The same year, he also appeared in "Rogue City" and "The Doorman."

Outside of acting, Reno has also done some work as a producer. He was involved in the production of the third installment of the Capcom series "Onimushi: Demon Siege and also lent his likeness to the protagonist, Jacques Blanc. He also provided the voice for the character's French dialogue. He has also appeared as himself in a few advertising campaigns, including American television commercials for UPS. Additionally, he has portrayed the manga character Doraemon in advertisements for Toyota in Japan.

In July of 2006, Reno married for a third time. His third wife, Zofia Borucka, is of Polish descent but grew up in England and works as an actress and model. They married at Les Baux-de-Provence city hall in France. Due to their close friendship, then French presidential candidate Nicolas Sarkozy served as his best man. Reno later endorsed Sarkozy during the 2007 French presidential election. Reno and Borucka had a son together, Cielo, in July of 2009 and then another son, Dean, in September of 2001. Reno maintains three residences in Paris, Malaysia, and Los Angeles. 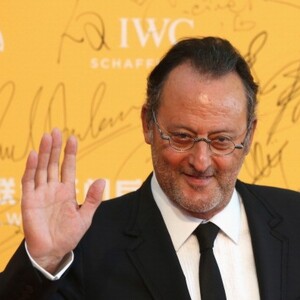