What Is Jean Kasem's Net Worth?

Jean Kasem is an American actress, model and inventor who has a net worth of $50 million. Jean Kasem first gained notoriety in the 1980s when she appeared on the sitcom Cheers as Loretta, the dumb blonde wife of Carla's ex husband Nick Tortelli. She also appeared on a spinoff show titled The Tortellis for one season in 1987. Jean is known for her trademark blonde hair, large breasts and height (she is 5 foot 10). Jean was married to radio legend Casey Kasem from 1980 until his death in 2014.

She was born Jean Thompson on May 21, 1954. She was one of five children born to Irene Celia Thompson and Herbert Owens Thompson Sr in Portsmouth, New Hampshire. This is where she lived until her father's job relocated the family to Guam in 1963, when she was nine years old. Kasem attended the University of Guam but left after she married a U.S. Navy lieutenant when she was 17. She then worked as a waitress and salesperson on the U.S. military bases throughout the Pacific Ocean where her husband was posted. The two were married for six years.

After she and her first husband divorced, Jean moved to California and attempted to work in broadcast journalism. Frustrated by lack of success in this field, Jean joined an acting workshop and began to nab roles on TV series like "Fantasy Island," "Alice," and "Matt Houston." She also made an appearance in "Ghostbusters" in 1984.

Jean scored the role of Loretta Tortelli, the wife of Nick Tortelli (played by Dan Hedaya) on the massively popular hit show "Cheers" in 1984. She did not appear in many episodes but was a memorable character nonetheless. Kasem appeared sporadically on the show between 1984-1993. She was also the star of the short-lived spinoff, "The Tortellis," which ran for just one season.

Jean also worked as a voice actor for several animated series such as "2 Stupid Dogs," "Darkwing Duck," "Shaggy & Scooby Doo Get a Clue," "Mother Goose and Grimm" and "Johnny Bravo."

Outside of acting, Jean Kasem is an active inventor who has 11 patents with the US patent office. Her patents are all related to the infant crib industry. Jean is the founder of the Little Miss Liberty Round Crib Company. 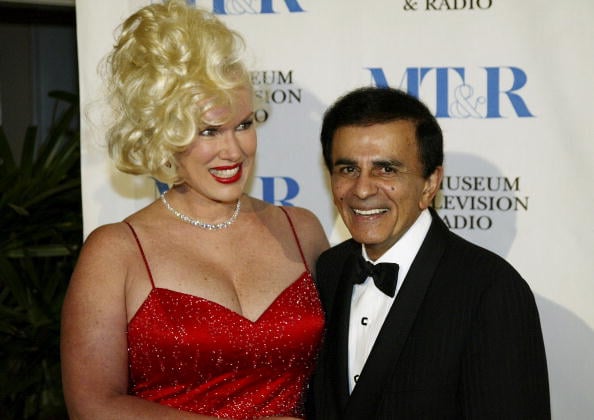 Jean met Casey Kasem, who was by then a divorced father of three, in 1979. Jean was working as a secretary in Casey's agent's office. They were married by the Reverend Jesse Jackson exactly one year later at a luxurious California hotel. Jean was 22 years Casey's junior. She had grown up listening to him on the Armed Forces Radio as a teenager living in Guam. The couple had one child together, Liberty Jean Kasem (b. 1991.) Jean became a stepmother to Casey's three children, Kerri, Julie, and Mike Kasem. The relationship was strained from the get-go, with Jean describing resentment from Casey's three children over marrying Jean.

Towards the end of Casey's life, Jean waged a very public and bitter war against her step-children. Casey was battling with a debilitating case of advanced Parkinson's Disease and dementia, diagnosed in 2013. In October 2013, Kerri Kasem along with her siblings and their uncle, Casey's brother, protested outside of Jean and Casey's home, claiming that Jean had prevented any contact with their father for over three months. Julie Kase, filed a conservatorship ship petition to place her father under their care six days later. The court denied the petition.

However, Jean eventually lost custody of Casey after she reportedly brought him to a nursing home in Washington State without telling any of his extended family his whereabouts. Casey's daughter Kerri was granted conservatorship over Jean's objection. Kerri became his guardian and in mid-June decided to pull her father from life support. Casey Kasem died on June 15, 2014, at aged 82. He is buried at the Vestre Gravlund cemetery in Oslo, Norway.

In April 2013, Casey and Jean listed their 2.5-acre Beverly Hills property for $42 million. The 12,000 square-foot home is located close to the Playboy mansion and next door to a home owned by Kylie Jenner. Casey and Jean Kasem, who owned the home together for more then three decades, briefly lowered the price to $30 million before pulling the listing. In February 2021, seven years after his passing, Jean Kasem listed the property for sale for $37.9 million. It sold in April 2021 for $34 million. 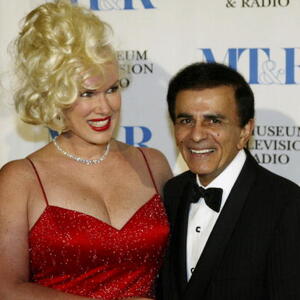