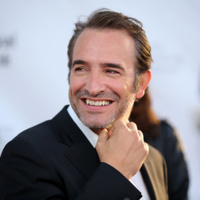 Jean Dujardin net worth and salary: Jean Dujardin is a French actor who has a net worth of $16 million. Born in Rueil-Malmaison, Hauts-de-Seine, Île-de-France, France, Jean Dujardin was serving in the military when he decided to pursue a career in performance. He began performing his own touring one-man show at bars and clubs, and later gained attention when he and a group of fellow actors appeared on the popular French talent show, "Graines de Star" in the mid-90s. He starred in the French series, "Un gars, une fille" for four years, and then went on to a string of increasingly high-profile film roles. His work in "OSS 117: Cairo, Nest of Spies" in 2006, won him numerous accolades. He has appeared in such projects as "99 Francs", "A Man and His Dog", "OSS 117: Lost in Rio", "Little White Lies", and "The Clink of Ice". In 2011, he was cast in the film, "The Artist". The movie has gone on to win numerous awards, and he has received both the Screen Actors Guild Award and the BAFTA Award for Best Actor for his performance. He has also been nominated for Academy Award for Best Actor.