Jazz Raycole net worth: Jazz Raycole is an American actress and dancer who has a net worth of $3 million. Jazz Raycole was born in Stockton, California in February 1988. She starred as Claire Kyle on the television series My Wife and Kids from 2001 to 2002. Raycole starred as Allison Hawkins on the TV series Jericho from 2006 to 2008.

In 2010 she starred as Paige on the series First Day. Raycole starred as Lyric Ballentine on the television series The Soul Man from 2012 to 2014 and as Zoe on the TV series Vanity in 2015. She starred as Sydney Fletcher on the series The Quad in 2017. She has also appeared in episodes of the TV series Bones, Rizzoli & Isles, New Girl, Without a Trace, Jericho, The Office, Monk, Everybody Hates Chris, Law & Order: Special Victims Unit, and more. In 2006 Raycole was nominated for a Young Artist Awards for My Wife and Kids. She is a trained dancer who started competing at four years old. 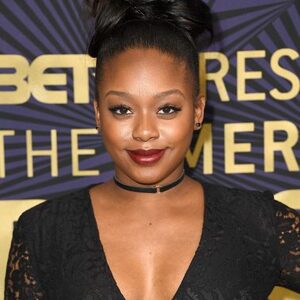