Jazsmin Lewis net worth: Jazsmin Lewis is an American actress who has a net worth of $500 thousand. Jazsmin Lewis was born in Cleveland, Ohio in March 1976. From 1997 to 1998 she starred as Venita Stansbury on the television series The Good News. Lewis has starred as Jennifer in the movies Barbershop in 2002, Barbershop 2: Back in Business in 2004, and Barbershop: The Next Cut in 2016.

One of her other well-known roles came starring as the title character Traci Townsend in the 2005 film. Lewis has also appeared in the movies Def Jam's How to Be a Player, The Beat, Deliver Us from Eva, Doing Hard Time, Three Can Play That Game, The Perfect Man, My Sister's Wedding, Four Seasons, and more. She has also had recurring roles in the TV series Moesha, Line of Fire, and Eve. From 2001 to 2002 she was a spokesmodel for Coors Light. 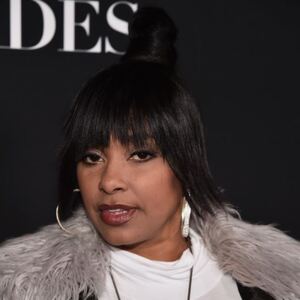