How much is Jayne Meadows Worth?

Jayne Meadows net worth: Jayne Meadows was an American actress, author, and lecturer who had a net worth of $10 million. Jayne Meadows was born in Wu-ch'ang, Heilongjiang, China in September 1919 and passed away in April 2015. Jayne was the elder sister of Audrey Meadows. Jayne Meadows starred as Nurse Chambers in the television series Medical Center from 1969 to 1972. In 1983 she starred as Ruth Long in the TV series It's Not Easy. She starred as Alice Morgan in the series High Society from 1995 to 1996. Meadows had recurring roles in the TV series Danger, The Steve Allen Plymouth Show, The Red Skelton Hour, The Eleventh Hour, Meeting of Minds, Fantasy Island, and The Love Boat. She also starred in the movies Undercurrent, Lady in the Lake, Dark Delusion, Song of the Thin Man, The Luck of the Irish, Enchantment, David and Bathsheba, It Happened to Jane, College Confidential, City Slickers, The Player, City Slickers II: The Legend of Curly's Gold, Casino, and The Story of Us. Meadows was also a regular panelist on the TV game shows I've Got a Secret and To Tell the Truth. She was nominated for three Primetime Emmys during her career. Jayne was married to Steve Allen from 1954 until his passing in 2000. Jayne Meadows passed away on April 26, 2015 at 95 years old. 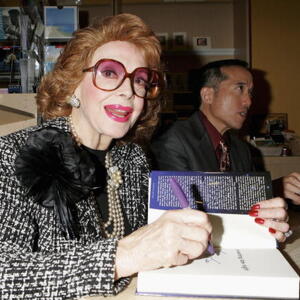