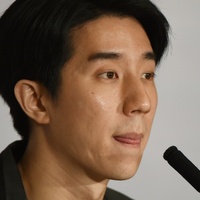 Jaycee Chan Net Worth: Jaycee Chan is a Hong Kong actor and singer who has a net worth of $2 million. Jaycee Chan was born in Los Angeles, California in December 1982. He is the son of action and martial arts star Jackie Chan and actress Lin Feng-Jiao. He attended the College of William Mary in Williamsburg, Virginia for two semesters. In 2003 he moved to Hong Kong. His first role came in the movie The Twins Effect II in 2004. He went on to star in the films 2 Young, McDull, the Alumni, Invisible Target, The Drummer, The Sun Also Rises, Tracing Shadow, Mulan: Legendary Warrior, Break Up Club, 1911, Lee's Adventure, East Meets West, Her Father His Father, Double Trouble, Whoever, Chrysanthemum to the Beast, Machi Action, and Love Speaks. Chan won Best Actor at the 2009 Wine Country Film Festival and has been nominated for a Hong Kong Film Award and a Hundred Flowers Award. He has released three Cantopop and Mandopop music albums. Jaycee was arrested in August 2014 in Beijing for drug possession and faces criminal charges up to the death penalty for having more than 100 grams of marijuana.