How much is Jay Thomas Worth?

Jay Thomas net worth: Jay Thomas was an American actor, comedian and radio talk show host who had a net worth of $3 million at the time of his death in 207. Jay Thomas was probably most famous for his recurring roles on the sitcoms Mork & Mindy, Cheers, and Murphy Brown.

Jay Thomas was born on July 12, 1948 in Kermit, Texas. He was educated at Jesuit High School in New Orleans, and he earned a masters degree in sociology from Jacksonville University. Jay also attended Central Piedmont Community College where he played college football. During his adult life, Jay Thomas lived in Southern California where he was the father of three sons. He caught his first break playing the role of Remo DaVinci on the show Mork & Mindy (1979-1981). He appeared in 20 episodes of Mork and Mindy. He then played the role of Eddie LeBec on Cheers over 9 episodes. Thomas eventually won two Emmy Awards for "Outstanding Guest Actor in a Comedy Series" for his role as Jerry Gold on the television series Murphy Brown. The first award was in 1990 and the second in 1991. He appeared in 67 episodes of the show Love & War between 1992 and 1995. He was also the voice of Ares in numerous episodes of Hercules; The Animated Series. Some of his notable film roles include; Mr. Holland's Opus, Straight Talk, Dragonfly, The Santa Clause 2, and The Santa Clause 3. He also starred in A Smile Like Yours opposite Greg Kinnear, and with actress Lindsay Lohan in the film Labor Pains.

Unfortunately Jay Thomas died on August 24, 2017 at the age of 69. He had reportedly been battling cancer. 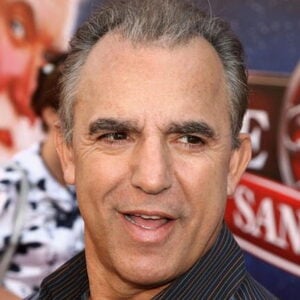