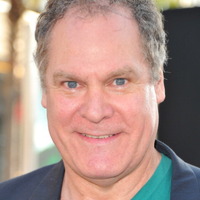 Jay O. Sanders net worth: Jay O. Sanders is an American actor who has a net worth of $4 million. Jay O. Sanders was born in Austin, Texas in April 1953. He has acted on stage as well as for television and movies and has some 140 acting credits to his name. Sanders has had recurring roles on the TV series After MASH as Dr. Gene Pfeiffer from 1983 to 1984, Crime Story as Steve Kordo from 1986 to 1988, Law & Order: Criminal Intent as Joseph Hannah from 2002 to 2011, Person of Interest as Special Counsel from 2012 to 2014, American Odyssey as Alex in 2015, Blindspot as Bill Weller from 2015 to 2016, and Sneaky Pete as Sam in 2017. Jay O. Sanders has also appeared in several films and episodes of TV series including Living Proof: The Hank Williams, Jr. Story, Kate & Allie, The Young Riders, L.A. Law, Roseanne, Mr. Destiny, JFK, My Boyfriend's Back, Angels in the Outfield, Kiss the Girls, The Odd Couple II, Tumbleweeds, Along Came a Spider, D.C. Sniper: 23 Days of Fear, The Day After Tomorrow, Revolutionary Road, Edge of Darkness, and more. He married actress Maryann Plunkett in 1991.