What Is Jay Mohr's Net Worth?

Jay Mohr was born Jon Ferguson Mohr on August 23, 1970, in Verona, New Jersey. His mother, Jean, was a nurse, and his father, Jon, worked as a marketing executive. Jay and his sisters,  Virginia and Julia, grew up in a Presbyterian household, but Mohr converted to Catholicism in 2008. Jay attended Verona High School, where he served as captain of the wrestling team, and he graduated in 1988. Mohr is a cousin of Conan O'Brien, and he appeared as a guest on "Late Night with Conan O'Brien" numerous times. 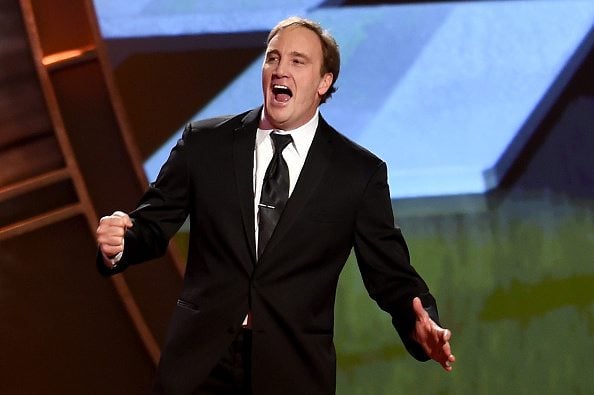 Jay starred in the stand-up comedy special "Funny for a Girl" in 2012, followed by "Happy. And a Lot." in 2015 and "American Treasure" in 2020. He hosted the 2013 game show "Money Where Your Mouth Is," and in 2016, he hosted the Los Angeles Rams pregame show on KABC-TV. Mohr guest-starred on "American Housewife" in 2017 and 2019 and "The Mick" in 2018, and in 2021, he appeared on an episode of "Ghost Adventures" that took place at The Comedy Store in West Hollywood. Jay also works as a life coach, and his website states, "Unlock your best self. Rediscover your purpose. Become the you you've wanted to be. I WILL help you. I am an intuitive. It's like a psychic but real."

Mohr met actress Nikki Cox when he filmed a guest-starring role on the NBC series "Las Vegas" in 2004, and they married on December 29, 2006, then welcomed son Meredith Daniel on May 5, 2011. In 2008, Jay filed paperwork to have his name legally changed to Jon Ferguson Cox Mohr. Nikki wrote Jay's Grammy-nominated comedy album/special "Happy. And a Lot.," and the couple donated some of the proceeds from digital sales of the album to WriteGirl, a Los Angeles-based organization that "promotes creativity and self-expression to empower girls" by mentoring them in creative writing.

Mohr filed for divorce from Cox in July 2016, then called it off less than a week later. He filed for divorce again in December 2016, stating, "Based upon the increasing hostility in our home, Nikki's ongoing refusal to attend her mental health issues … her abuse of drugs, and her failure to respect boundaries, I had no choice but to obtain alternate housing for me and our son." The divorce was finalized in August 2018.

In 2000, Mohr won a Satellite Award for Best Performance by an Actor in a Series, Comedy or Musical for "Action." He received a Grammy nomination for Best Comedy Album for "Happy. And a Lot." in 2016, and "Last Comic Standing" earned him a Primetime Emmy nomination for Outstanding Reality-Competition Program in 2004. Jay received Online Film & Television Association nominations for "Action" (Best Actor in a New Comedy Series) and "Last Comic Standing" (Best Host of a Game, Competition or Reality Show), and Mohr and his "The Journeyman" castmates earned a Best Acting Ensemble nomination at the 2019 Indie Short Fest. In 1999, Jay and his "Go" co-star Scott Wolf received a Teen Choice Award nomination for Film – Funniest Scene.

After their divorce, Mohr and Cox sold their 3,777 square foot Pacific Palisades home for $3.8 million in August 2018. According to property records, they bought the four-bedroom, five-bathroom home for $1.245 million through a trust in 2011. 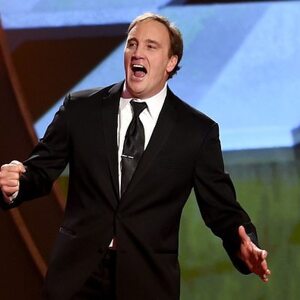