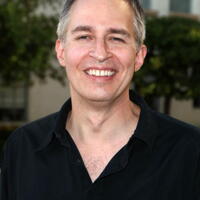 Jay Karnes Net Worth: Jay Karnes is an American actor who has a net worth of $3 million. Jay Karnes was born in Omaha, Nebraska, in 1963, and earned his degree from the University of Kansas in 1989. Karnes made his on-screen debut in a 1998 episode of "The Pretender". Previously, he acted on-stage with the Oregon Shakespeare Festival during the mid-'90s. He held several small roles during the late '90s and early 2000s before landing a part in several episodes of "Judging Amy". In 2002, he scored the role of Detective Holland Wagenbach on FX's "The Shield". Karnes appeared in 90 episodes between 2002 and 2008, and the part is likely his most recognizable role to date. He later landed a recurring role on another FX series, "Sons of Anarchy", in 2008, playing ATF Agent Josh Kohn. His other TV appearances include "Cold Case", "Criminal Minds", "Grimm", "Frasier", "Nash Bridges", "Ally McBeal", "The Strip", "Burn Notice", "V", "Body of Proof", "Graceland", "Gang Related", "Last Resort", and "Star Trek Voyager". Karnes' major movie credits include starring roles in 1999's "The Joyriders" and 2000's "The Next Best Thing". Karnes is an outspoken libertarian who has worked with the Cato Institute, a libertarian think-tank in Washington, D.C. He and his wife, Julia Campbell, have two children together.