Jay Hernandez net worth and salary: Jay Hernandez is an American actor and model who has a net worth of $4 million. Jay Hernandez was born in Montebello, California in February 1978. As an actor he starred as Antonio Lopez on the television series Hang Time from 1998 to 2000. Hernandez starred as Carlos on the TV series Six Degrees from 2006 to 2007.

In 2012 he starred as Paul Wells on the series Last Resort and in 2013 he starred as Dante Rivas on the television series Nashville. Jay Hernandez starred as Daniel Acosta on the TV series Gang Relate din 2014. From 2015 to 2016 he starred as Dimitri Havelock on the series The Expanse. He starred as Curtis Pryce on the television series Scandal in 2017. In 2018 he began starring as Thomas Magnum on the TV series Magnum P.I. He has also appeared several movies including Crazy/Beautiful, The Rookie, Ladder 49, Friday Night Lights, Hostel, Carlito's Way: Rise to Power, World Trade Center, Hostel: Part II, LOL, Bad Moms, Suicide Squad, and more. 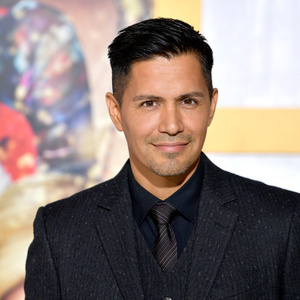