Javier Díaz Dueñas Net Worth: Javier Díaz Dueñas is a Mexican actor, screenwriter and playwright who has a net worth of $3 million. (Francisco) Javier Díaz Dueñas was born September 26, 1951 in Ciudad de México, México. He majored in theatre and dramatic literature in the Faculty of Arts of the National Autonomous University of Mexico.

He distinguished himself as respectable actor and director and participated in more than 50 plays, receiving awards from critics for Evita, The Passion, The Three Musketeers, Cats, La Cage Crazy Caligula, Fausto, a Lucky Guy, Moliere, music and Frida White City, a Song to Life; all leading roles. In television he worked on several soap operas, dramatic series and unit programs in various capacities. He has also worked as an actor in films such as Oye Salome Gore, Buffalo Night, Crimes of Lust and Cinco de Mayo, The Battle. In 2010, 2011 and 2012, he participated in Las Meninas in Mexico and toured Europe, representing Mexico. He also had a starring role in the play Cock at the Teatro de los Insurgentes. In 2013, he starred in the play Glengarry Glen Ross. He was cast in the series for HBO called Latin America Cappadocia as well as the soap opera As Life Hague. Dueñas also appeared in the soap operas Poor devil, La Loba and Prófugas destination (Azteca 13), as well as several unit programs. He landed a role in the TV series Under the Soul and Lieutenant, special production of Seven Azteca. In 2013, he appeared in The Landlady in the role of El Tigre Suarez. His role as Radamés Echeverría in Los Miserables in 2014 is his most recent role. 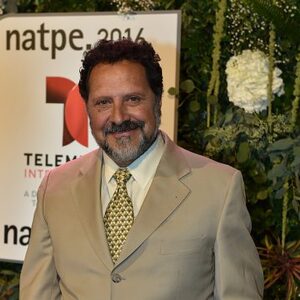