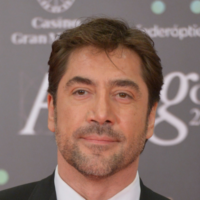 What is Javier Bardem's Net Worth?

Javier Bardem is a Spanish actor who has a net worth of $30 million. Javier Bardem is best known for his performances in films such as "Before Night Falls," "Biutiful," "The Sea Inside," "Vicky Cristina Barcelona," "Skyfall," and "No Country for Old Men." For his performance in the lattermost film, he won the Academy Award for Best Supporting Actor. Bardem's other credits have included "To the Wonder," "mother!," "Everybody Knows," and "Dune."

Javier Bardem was already quite famous in Spain when he burst onto the collective conscious here in the United States, with his Oscar-nominated performance in "Before Night Falls" in 2000.  A member of a famed Spanish acting family, he initially pursued a career as a painter, before finally following in the footsteps of the rest of his family.  Since the start of his professional career in the early 90s, he has won multiple awards, including a Best Supporting Actor Oscar for his performance in "No Country for Old Men", and has established himself as both a charismatic leading man and a believable character actor.  On top of that, he's pretty easy on the eyes.  In general, he has made headlines for his acting choices and performances, but a few years ago, all media outlets were glued to the fact that he, and gorgeous fellow Spanish thespian, Penelope Cruz, had publicly announced that they were a couple.  The two welcomed their first child into the world in early 2011. They welcomed their second child in 2013.

Javier Bardem was born on March 1, 1969 in Las Palmas de Gran Canaria, Spain to Pilar, an actress, and José, the son of a cattle rancher. His father was a violent and unpredictable man who was constantly getting the family evicted. Shortly after Bardem was born, his parents divorced, and he was raised by his mother with his older siblings Carlos and Mónica. Bardem's heritage includes a long line of filmmakers and actors, including Rafael Bardem, Matilde Muñoz Sampedro, and Juan Antonio Bardem, an anti-fascist filmmaker who was imprisoned by Franco. As a kid, Bardem spent lots of time on film sets and in theaters. He made his first appearance on screen at the age of six in an episode of the Spanish television series "El Picaro." However, Bardem was initially more interested in a career in painting than one in acting, and studied the art for four years at the Escuela de Artes y Oficios in Madrid. Ultimately, he decided he wasn't a great painter and abandoned the vocation.

Bardem made his feature film debut in 1990 with a supporting role in the erotic Spanish drama "The Ages of Lulu," directed by Bigas Luna. The next year, he was in Pedro Almodóvar's melodrama "High Heels." Bardem reunited with Luna in 1992 for the romantic tragicomedy "Jamón Jamón," in which he had his first leading role. He subsequently starred in Luna's 1993 film "Golden Balls," and appeared in Vicente Aranda's film "The Bilingual Lover." Bardem went on to appear in the Spanish films "Días contados," "El detective y la muerte," "Boca a boca," "Love Can Seriously Damage Your Health," "Airbag," and Almodóvar's "Live Flesh." In 1997, Bardem had his first English-language role as a bank-robbing drug dealer in Álex de la Iglesia's "Perdita Durango." In the film, he starred opposite Rosie Perez. Bardem closed out the decade with a supporting role in "Torrente, el brazo tonto de la ley," and starring roles in "Between Your Legs," "Second Skin," and "Los Lobos de Washington."

Bardem achieved international fame in 2000, when he starred in Julian Schnabel's biographical drama "Before Night Falls." Portraying Cuban poet Reinaldo Arenas, he went on to receive an Academy Award nomination for Best Actor. Following this success, Bardem appeared in the comedy "Don't Tempt Me" and the crime thriller "The Dancer Upstairs," the directorial debut of actor John Malkovich. He also starred in the Spanish drama "Mondays in the Sun." Bardem's profile continued to rise in 2004, when he won Best Actor at the Venice Film Festival for his leading performance as quadriplegic activist Ramón Sampedro in "The Sea Inside." The same year, he made his Hollywood debut with a small but memorable role in Michael Mann's action thriller "Collateral." Bardem subsequently starred in the biographical drama "Goya's Ghosts" and the literary adaptation "Love in the Time of Cholera."

Bardem had his most iconic role yet in 2007, when he played the mysterious serial killer Anton Chigurh in the Coen brothers' adaptation of Cormac McCarthy's novel "No Country for Old Men." The film went on to win the Academy Award for Best Picture, while Bardem won the award for Best Supporting Actor. He earned more acclaim the next year for a very different role, starring opposite Scarlett Johansson and Penélope Cruz in Woody Allen's romantic dramedy "Vicky Cristina Barcelona." More plaudits came in 2010, when Bardem won Best Actor at the Cannes Film Festival for his performance in Alejandro González Iñárritu's "Biutiful"; the film also earned Bardem his third Academy Award nomination. The same year, he was in the literary adaptation "Eat Pray Love." Bardem has appeared in numerous other high-profile films. Among his notable credits are the James Bond film "Skyfall"; Terrence Malick's "To the Wonder"; Ridley Scott's crime thriller "The Counselor"; Sean Penn's "The Last Face"; the fantasy sequel "Pirates of the Caribbean: Dead Men Tell No Tales"; Darren Aronofsky's psychological horror film "mother!"; Asghar Farhadi's "Everybody Knows"; Sally Potter's "The Roads Not Taken"; Denis Villeneuve's adaptation of "Dune"; the Spanish comedy "The Good Boss"; and Aaron Sorkin's biographical drama "Being the Ricardos," in which Bardem portrays Desi Arnaz. 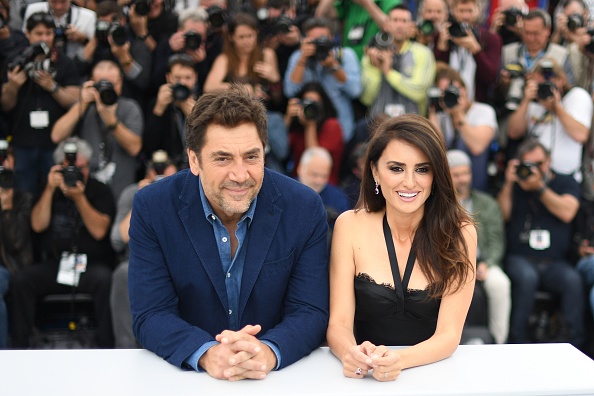 In 2007, Bardem began a relationship with his "Vicky Cristina Barcelona" costar Penélope Cruz. The pair married in 2010, and have two children: son Leo and daughter Luna. Despite being raised Catholic, Bardem considers himself agnostic. He is a big fan of heavy metal music, and doesn't like to drive.

Bardem has been involved in a number of advocacy projects throughout his career. In 2011, he partnered with John Prendergast of the Enough Project to spread awareness of conflict minerals in the Congo. The following year, he narrated the documentary "Sons of the Clouds: The Last Colony," which illuminated the plight of refugees in the Western Sahara. Bardem publicly called out the UN for failing to resolve the human crisis documented in the film.