How much is Jason Winston George Worth?

Jason Winston George net worth: Jason Winston George is an American actor and model who has a net worth of $1.5 million dollars. Jason Winston George was born in Virginia Beach, Virginia, and graduated from the University of Virginia with degrees in Rhetoric, Communication Studies, and Drama. He began his on-camera career in the late 90s, and first made a name for himself starring on the soap opera, "Sunset Beach". He has since gone on to appear in such projects as "Roswell", "Arli$$", "Girlfriends", "Friends", "Titans", "The Climb", "Clockstoppers", "Jeremiah", "Barbershop", "Off Centre", "Platinum", "Abby", "She Spies", "Half & Half", "Boomtown", "Bewitched", "Without a Trace", "Good Vibrations", "Stargate SG-1", "Eve", "Shark", "House M.D.", "What About Brian", "The Box", "Three Can Play That Game", "ER", "Race", "Broken Windows", "Inside the Box", "Eli Stone", "CSI: Miami", "Eastwick", "Off the Map", "Castle", "Desperate Housewives", "Against the Wall", "Witches of East End", "Grey's Anatomy", and "Mistresses". 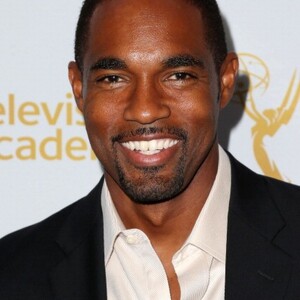