What Is Jason Ritter's Net Worth and Salary?

Jason Ritter was born Jason Morgan Ritter on February 17, 1980, in Los Angeles, California. He is the son of actors John Ritter and Nancy Morgan, and he has two siblings, Tyler and Carly, and a half-sister named Stella (whose mother is John's second wife, "Wings" star Amy Yasbeck). Sadly, John died  of an aortic dissection in September 2003 after collapsing on the set of "8 Simple Rules for Dating My Teenage Daughter."

In a 2010 interview with "Huffpost," Jason said of his father's death:

"I went downhill for a while. It was interesting because [his death] happened right when I signed on to shoot 'Joan of Arcadia.' My character dealt with his tragedy by making fun of it all the time. I don't know if that had anything to do with it, but I started to do that myself. And it's not the healthiest way to deal with it."

Jason's first onscreen appearance was in the petting zoo scene in the opening credits of John's show "Three's Company." Ritter attended Santa Monica's Crossroads School, where Simon Helberg was one of his classmates, and the two roomed together at New York University. Jason earned a BFA in Drama from NYU's Tisch School of the Arts, and as a college student, he trained at the Atlantic Theater Company. He later spent time in London, studying at the Royal Academy of Dramatic Art. 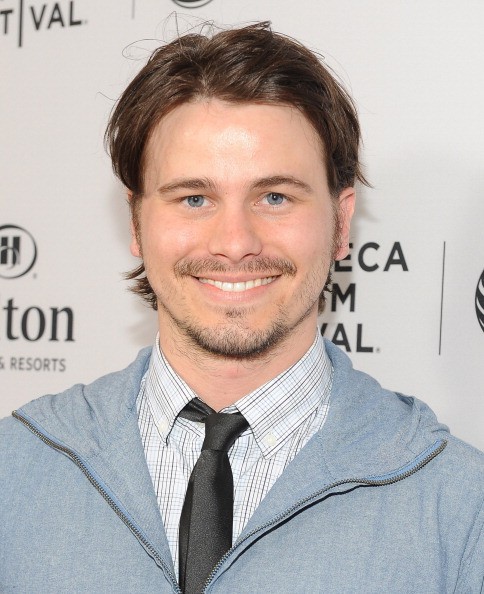 In 1999, Jason began a relationship with actress Marianna Palka, a fellow Atlantic Theater Company student. They split up in 2013, and Ritter started dating his "The Big Ask" co-star Melanie Lynskey. The couple became engaged in 2017, and they welcomed a daughter in December 2018. Jason and Melanie had a very small wedding in 2020, and during a 2022 interview on "The Jess Cagle Show," Lynskey stated," I was going to Canada for 'Yellowjackets' and I was on the phone with somebody and they said, 'Oh, he won't be allowed in. I was like, 'We have a child. What? I can't leave for six months,' so I was like, 'We have to get married tomorrow.'" She added that the information turned out to be incorrect and said of the wedding, "We got married on our front porch of our little rental house in Atlanta. Nice lady came and married us. We had two friends there." In February 2022, after Melanie spoke out about being body-shamed by "Yellowjackets" fans, Jason came to her defense, tweeting, "If anyone has any further unsolicited comments about *anybody* else's body, they can feel free to write them in permanent ink onto their own foreheads and swan dive directly into the sun."