Jason Patric Net Worth and Salary: Jason Patric is an American film, television and stage actor who has a net worth of $8 million dollars. Jason Patric is known for his performances in such films as "The Lost Boys," "Sleepers," "Your Friends & Neighbors," "Narc," and "The Alamo." On television, he played Dr. Theo Yedlin on the mystery series "Wayward Pines," and appeared in the TV movies "Toughlove" and "The Girl in the Bathtub." Patric has been on Broadway in revivals of "Cat on a Hot Tin Roof" and "That Championship Season."

Early Life and Career Beginnings: Jason Patric was born as John Anthony Miller III in 1966 in Queens, New York. His mother, Linda, is an actress and the daughter of comedian Jackie Gleason, while his father, Jason, was a Pulitzer Prize-winning playwright and Academy Award-nominated actor. Miller is of Irish and German ancestry, and has a half-brother, actor Joshua John Miller, from his father's previous marriage. Raised in the Upper Saddle River borough of Bergen County, New Jersey, he went to Cavallini Middle School and Salesian Roman Catholic Don Bosco Preparatory High School, an all-boys institution. Later, after moving to California, he enrolled at Saint Monica Catholic High School, appearing in school productions of "Grease" and "Dracula." Following his graduation, Patric made his screen-acting debut in the 1985 television film "Toughlove," starring Bruce Dern.

Start of Film Career: One year after "Toughlove," Patric appeared on film for the first time in the science-fiction drama "Solarbabies," featuring Peter DeLuise, Jami Gertz, and Lukas Haas. He reunited with Gertz in 1987 for the teen comedy horror film "The Lost Boys," in which he starred as the lead character Michael Emerson in a cast that included such prominent young actors as Corey Haim, Kiefer Sutherland, and Corey Feldman. Following this, Patric costarred alongside Stephen Baldwin and George Dzundza in the war film "The Beast." His biggest film year yet came in 1990, when he was in three movies: the drama "Denial," the crime thriller "After Dark, My Sweet," which reunited him with Bruce Dern, and the science-fiction horror adaptation "Frankenstein Unbound," costarring John Hurt, Bridget Fonda, and Raul Julia. 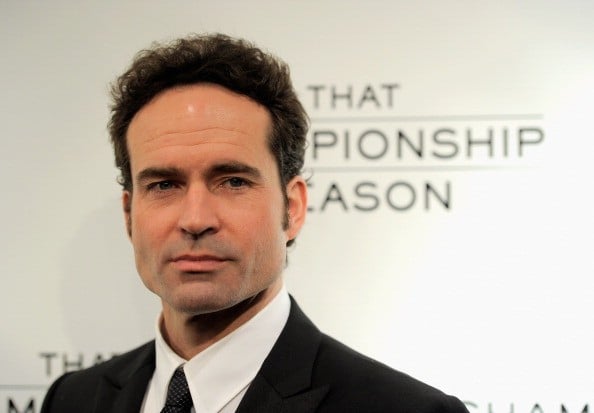 Patric once again played an undercover cop in the 2002 crime thriller "Narc," costarring Ray Liotta. In 2004, he played Col. James Bowie in the historical Western film "The Alamo," starring alongside Dennis Quaid as Sam Houston and Billy Bob Thornton as Davy Crockett. This was followed by leading roles in "Walker Payne" and "Expired," and supporting roles in the mystery drama "In the Valley of Elah" and the Alec Baldwin comedy "Shortcut to Happiness," based on the classic short story "The Devil and Daniel Webster." Among Patric's subsequent credits were "Downloading Nancy," "My Sister's Keeper," "The Losers," "Keyhole," "The Outsider," "Cavemen," "Rise of the Lonestar Ranger," and "The Prince," an action thriller with Bruce Willis and John Cusack. In the 2010s, Patric also starred in movies such as the supernatural horror film "The Abandoned," the mystery adventure "Lost & Found," the war film "The Yellow Birds," and the action crime drama "Gangster Land," about the rise of Al Capone in the Chicago underworld.

Television Career: Patric's career on the small screen has not been as prolific as his film-acting career. His credits include a 1994 hosting gig on "Saturday Night Live," and a guest appearance as himself in a 2008 episode of the HBO series "Entourage." In 2016, he had a more substantial role on the Fox science-fiction mystery series "Wayward Pines," playing Dr. Theodore Yedlin in the show's second season.

Theatrical Career: In 2005, Patric starred as Brick in the Broadway revival of Tennessee Williams' classic play "Cat on a Hot Tin Roof"; the cast also included Ashley Judd, Ned Beatty, and Margo Martindale. Next, he was in a revival of his father's Pulitzer- and Tony-winning play "That Championship Season," in which he starred opposite Kiefer Sutherland, Brian Cox, Chris Noth, and Jim Gaffigan.

Personal Life: Patric started dating Julia Roberts in 1991, only days after the actress called off her wedding to Kiefer Sutherland. Later, Patric dated Danielle Schreiber in a relationship that was on and off for about a decade. During this time, the couple conceived a son via in vitro fertilization. Patric and Schreiber split in 2012.

Following the pair's separation, it was ruled that Patric had no custody rights to his son, as his unmarried status to Schreiber rendered him only a sperm donor. He subsequently sued for parental rights, but lost the case. However, the case was later sent back to court, and in 2014, Patric was legally recognized as the father of his son. Due to his struggles, Patric lobbied the California legislature to afford parental rights to sperm donors. 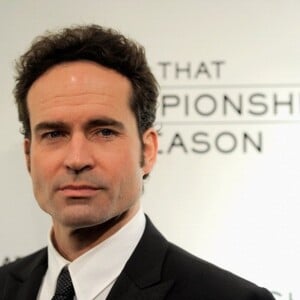