How much is Jason Momoa Worth?

Jason Momoa Net Worth and Salary: Jason Momoa is an American actor, model, director, writer, and producer who has a net worth of $14 million. This is a combined net worth with his wife, actress Lisa Bonet. Although Momoa first gained recognition for playing Khal Drogo in HBO's "Game of Thrones," he's probably best-known today for playing Aquaman in the DC Extended Universe. Outside of these two major roles, Jason has appeared in a range of different film and television projects.

Early Life: Joseph Jason Namakaeha Momoa was born on August 1st of 1979 in Honolulu, Hawaii. He was raised as an only child by his father, a painter, and his mother, a photographer. He has Hawaiian ancestry on his father's side and European heritage on his mother's side.

Career: Jason Momoa began his career as a model, and he was discovered at the age of 19 by a number of well-known designers. In 1999, he began his acting career and took the role of Jason Ioane on the series "Baywatch Hawaii." Before he took the role, he was working part-time in a surf shop. He followed up with a number of roles throughout the early 2000s in the series "North Shore" and the film "Johnson Family Vacation."

In 2005, Momoa booked one of his most memorable early roles as Ronon Dex in the series "Stargate Atlantis." He appeared on this show until 2009. That same year, he appeared in four episodes of "The Game." In 2011, he played the main antagonist in the reboot of the classic 80s film "Conan the Barbarian." After showing off his ability to play a warrior in this film, Momoa had the chance to audition for the role of Khal Drogo in HBO's "Game of Thrones." When filming his audition tape, he performed the Haka, a war dance made famous by the Maori. He booked the role and gained widespread recognition in the hit series. His character was killed off in 2012.

In 2014, he co-wrote and directed "Road to Paloma," a film that premiered at the Sarasota Film Festival. It also had a limited theatrical release. Continuing with his film career, Momoa appeared in the dark comedy "Sugar Mountain" later that year. He then returned to television with a yearlong role as an Indian on the show "The Red Road." 2014 proved to be a busy and successful year for Jason, as he finished off by landing the role of Aquaman in the DC Extended Universe. However, it wasn't until the release of "Batman v Superman: Dawn of Justice" in 2016 that he first appeared as Aquaman on the big screen – and that was only a cameo. He finished 2014 with roles in movies such as "Wolves" and "Debug."

In 2015, it was announced that he had joined the casts of two films: "The Bad Batch" and "Braven." He played a much more substantial role as Aquaman in 2017's follow up film "Justice League." He was also able to reprise his role through voice acting with 2019's "The Lego Movie 2: The Second Part." In 2017, it was announced that Jason would play a leading role in the upcoming film franchise "Just Cause," which is based on the video game series of the same name. In 2018, Momoa joined the cast of Apple's new series "See." In 2019, it was announced that Jason had booked the role of Duncan Idaho in Denis Villeneuve's sci-fi epic "Dune."

Relationships: Jason Momoa first started dating Lisa Bonet in 2005. Bonet is famous for her role on the legendary sitcom "The Crosby Show," in which she played the role of Denise Huxtable. Some media sources falsely reported that the couple had been married as far back as 2007, but this wasn't the case. In truth, Momoa and Bonet did not legally wed until 2017. After becoming the legal husband of Lisa Bonet, Jason became the stepfather of Zoe Kravitz, Bonet's previous child with singer Lenny Kravitz. In 2007, Bonet and Momoa welcomed their first child into the world together. The next year, they had a second child together.

Special Skills: Jason Momoa began martial arts training as early as 2005 when he booked the role of Ronon Dex in "Stargate Atlantis." Later, Jason took up Brazilian jiu-jitsu in 2017. In order to nail a war cry in the series "See," he also received special training from Oli Peters, the lead singer of a death metal band named Archspire.

Personal Interests: Jason Momoa is an avid fan of all types of heavy metal music. He once revealed that he uses certain heavy metal songs as inspiration when creating his characters. One of his favorite bands is Archspire, and members of this band have made cameos in the series "See" with Momoa's invitation. Jason is also a tattoo enthusiast, and he has a tattoo dedicated to his "aumakua," which is a deified ancestor in Hawaiian tradition. This tattoo takes up much of his left arm.

Assault in 2008: In 2008, Jason Momoa was the victim of an assault in Los Angeles. The incident took place at a tavern called the Birds Cafe, and Jason was slashed across the face with a broken beer mug. The attack left him with a visible scar, and he required 140 stitches. Momoa also underwent facial reconstruction surgery, and his face is visibly different on screen because of the assault. The man who attacked him was sentenced to five years in prison as a result of the crime. 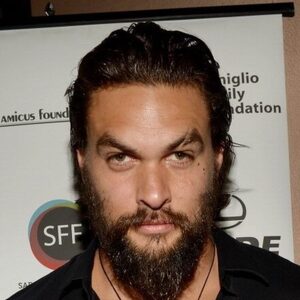