What is Jason Lee's Net Worth?

Jason Lee is an American actor, comedian, and former professional skateboarder who has a net worth of $20 million. He is perhaps best known for playing the lead role of Earl Hickey in the comedy series "My Name Is Earl," although he has appeared in a vast number of additional projects over the years. One of his most notable achievements was being nominated for a Golden Globe after his performance in the series "Memphis Beat."

Outside of his television career, Lee has booked starring roles in films such as "Mallrats," "Chasing Amy," "Jay and Silent Bob Strike Back," "Clerks II," and many others. After his performance in "Chasing Amy," Jason won an Independent Spirit Award for Best Supporting Male.

Although primarily a comedic actor, Lee has appeared in a number of mainstream, dramatic Hollywood films. These include "Enemy of the State," "Vanilla Sky," and various others. His other blockbuster releases include "Almost Famous," "Stealing Harvard," and "A Guy Thing." In addition, Jason has established himself as a voice actor, having voiced Syndrome in "The Incredibles." His other voice acting credits came with "Monster House" and "Underdog." He also appeared in a live-action role in the film "Alvin and the Chipmunks," which was partially CGI.

During his early years, Jason Lee was a professional skateboarder who was featured in "Video Days," one of the most influential skate videos of all time. He later founded his own skateboard company called Stereo Skateboards. Although he later focused more on his acting career, Lee maintains close ties to the skateboarding community and participates in a number of skateboarding events. He is credited with stylizing and popularizing the 360 flip.

Jason Michael Lee was born on April 25th of 1970 in Santa Ana, California. Raised by a car dealership manager and a stay-at-home mom, Jason grew up in Huntington Beach.

Jason started skating at a young age, and by the late 1980s, he was a notable figure in the skateboarding scene. In 1991, he was featured in "Video Days," a skateboard video created for Blind Skateboards. The film is considered one of the most influential moments in skateboarding history, and Lee's personality shone through. "Clerks" director Kevin Smith watched the video and later cast Jason in "Mallrats." This launched Lee's acting career.

Although Jason later ventured towards acting, he continued to maintain links with the skateboarding world. He created a skateboard company with Chris Pastras called Stereo Skateboards, which went defunct but later resurfaced in 2003. In the modern era, Lee mostly participates in charity-focused skateboard events and videos. He also booked a voice role in the video game "Tony Hawk's Project 8," playing himself. In the video game "Skate 3," Lee voices the character of Coach Frank. 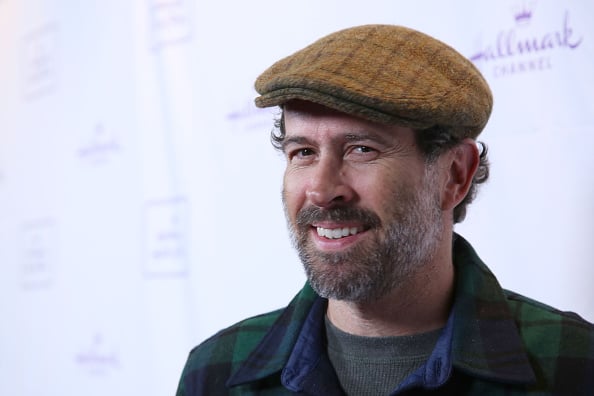 Although Lee had booked a few minor roles during the early 90s, his career truly began when he booked the lead role in "Mallrats." The success of this film helped him forge a close relationship with director Kevin Smith, who later cast him in movies like "Chasing Amy," "Jay and Silent Bob Strike Back," "Clerks II," "Cop Out," and "Jay and Silent Bob Reboot."

Outside of his work with Kevin Smith, Lee has booked leading roles in a number of additional films. These include "Heartbreakers," "Stealing Harvard," and "A Guy Thing." He is also known for supporting roles in films such as "Vanilla Sky," "Almost Famous," "Dreamcatcher," "Big Trouble," "The Ballad of Jack and Rose," "Mumford," and "Enemy of the State."

Jason has also been quite successful with various voice-acting gigs. He is known for playing the role of Syndrome in "The Incredibles," and he reprised this role in spin-offs like "Jack-Jack Attack" and "Disney Pixar Presents Pixar's The Incredibles in a Magic Adventure." His other roles in animated films came with movies like "Underdog" and the "Alvin and the Chipmunks" movies.

In 2005, Jason Lee finally accepted the lead role in "My Name is Earl" after being offered the job on two previous occasions. This led to two Golden Globe nominations and a nomination for a Screen Actors Guild Award. "My Name is Earl" was ultimately canceled after four seasons. He later moved on to "Memphis Beat," a comedy series that debuted in 2010. His other TV roles came with shows like "Raising Hope," "Up All Night," and Amazon Studio's "Cocked."

In 1995, Jason Lee married a photographer and actress named Carmen Llywelyn. The marriage ended in divorce six years later. The marriage allegedly fell apart due to Jason's "obsession" with Scientology, which cause a rift between the spouses. Carmen made the mistake of revealing that she had read an anti-Scientology book, and she was quickly labeled a "suppressive person" by the church. Lee wrote his former wife a "disconnection letter," and the relationship was over.

After divorcing Llewelyn, he became engaged to actress Beth Riesgraf. Although they never married, Lee and Riesgraf had a child together, who Lee named "Pilot Inspektor." After that relationship ended, Jason married Turkish national Ceren Alkaç in 2008. The pair welcomed a child into the world shortly after their marriage, and they subsequently had another child in 2012. A third child followed in 2017. In 2016, Jason Lee officially left the church of Scientology.

In 2007, it was reported that Jason Lee had purchased a home in Los Feliz, Los Angeles for $3.3 million. The residence spans 2,205 square feet of living space, and it was originally constructed in 1948. Additional highlights include three bedrooms, a secret garden, a spa, and "breathtaking" views of the Griffith Observatory. The home also sits on a half-acre lot. In 2010, Lee sold this residence for $3.1 million. 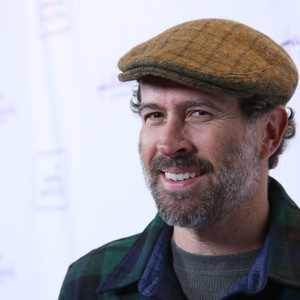