How much is Jason Kennedy Worth?

Jason Kennedy net worth and salary: Jason Kennedy is an American journalist, television personality, and correspondent who has a net worth of $5 million dollars. Jason Kennedy was born in Ft. Lauderdale, Florida, and knew from an early age that he wanted to be a news correspondent. As a pre-teen, he would follow after news crews and news trucks, and take taxis to crime scenes and areas where there was breaking news. He had his own mock-news show, which he shot in his basement. His basement studio had four cameras, a news desk, and a bank of 20 TVs. He went on to graduate from the University of Miami, where he distinguished himself as a journalist to watch, and won several major awards. After relocating to Los Angeles, he was hired to host segments on the TV Guide Channel. He then became an anchor on E!'s Weekend News. In addition to his work with E!, he also hosted the television show, "Dance Machine", on ABC. In June 2014, Jason announced his engagement to model/journalist/author Lauren Scruggs. Scruggs received international attention after a 2011 incident in which she accidentally walked into a moving airplane propeller. The accident was very serious but she has made an amazing recovery! 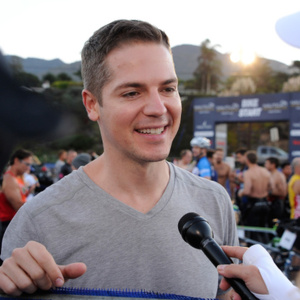