How much is Jason Hervey Worth?

Jason Hervey net worth: Jason Hervey is an American actor, producer, and former public relations agent who has a net worth of $2 million dollars. Jason Hervey was born in Los Angeles, California, and began his acting career when he was a child. He appeared in such projects as "Trapper John, M.D.", "The Love Boat", "Wildside", "Pee Wee's Big Adventure", "Back to the Future" (part one, as Marty McFly's uncle). "Diff'rent Strokes", and "Punky Brewster". He is most widely recognized as Wayne Arnold, the older brother on the hit series, "The Wonder Years". He chose to leave acting behind in the early 2000s, and worked for HealthSouth Corporation as Senior Vice-President of Media and Communications for two years. He then became involved with producing for the WCW, and went on to launch his own production company, Bischoff/Hervery Productions. The company has now produced several short films, as well as such reality television programs as "I Want to Be a Hilton" and "Scott Baio is Single… and 45". He is also a co-host of "Confessions of a Teen Idol" on VH1. 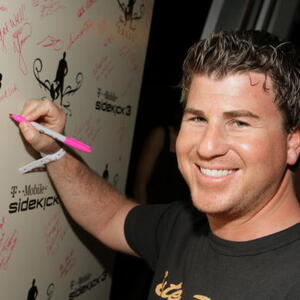