Jason Flemyng Net Worth: Jason Flemyng is an English actor who has a net worth of $8 million. Born in Putney, London, in 1966, Jason Flemyng decided to pursue acting after appearing in several school plays. He started appearing with the National Youth Theatre and eventually got expelled from the Labour Party during the late '80s for selling the militant version of the newspaper.

He studied at the London Academy of Music and Dramatic Art and promptly joined the Royal Shakespeare Company. Flemyng made his on-screen debut in 1993's "Doctor Finlay" as Dr. David Neil, appearing in a dozen episodes of the show. He starred as Lieutenant John Wilkins in "The Jungle Book" a year later and went on to appear in "Rob Roy", "Alive and Kicking", and "Spiceworld: The Movie" before landing the part of Tom in 1998's "Lock, Stock and Two Smoking Barrels". Flemyng starred in "The Red Violin", "Snatch", "Alice in Wonderland", and "Below" in the early 2000s. He appeared as Dr. Henry Jekyll and Mr. Edward Hyde in 2003's "The League of Extraordinary Gentlemen" and as Jim Bailey in 2004's "Drum". He earned a nomination for a Broadcast Film Critics Association Award for Best Cast and a Screen Actors Guild Award for Outstanding Performance by a Cast in a Motion Picture for playing Thomas Button in 2008's "The Curious Case of Benjamin Button". Flemyng appeared in nine episodes of "Primeval" as Danny Quinn, and has since had roles in "X-Men: First Class", "Great Expectations", "Top Dog", and "Viy". He has been married to his wife, Elly Fairman, since 2008. 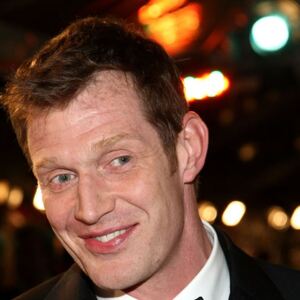