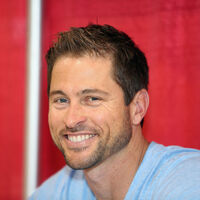 Jason Faunt net worth: Jason Faunt is an American actor who has a net worth of $500 thousand. He is best known for playing the role of Wes Collins in Power Rangers: Time Force and for playing Alex, the former Red Time Force Ranger. Faunt was born on November 20, 1974 and grew up in the Chicago suburb of McHenry, Illinois. He attended the University of North Carolina on a partial baseball scholarship and earned a BS in Business Management and Marketing. He originally planned to become a Major League Baseball player, but after graduating moved to Los Angeles and decided to pursue a career in acting instead. He was discovered by filmmaker, David DeCoteaur and shortly after was flown to Romaina for a small part in the horror hit, Witchouse. DeCoteau was so impressive with his work in Witchouse that he offered Faunt the lead in his next movie, Totem. Faunt made his mainstream professional debut in Power Rangers: Time Force. He went on to film many more movies and television shows but said filming Movie Madness was the most enjoyable filming experience he has had to date. He married his wife, Stephanie, on September 6, 2002, and the couple live in Woodland Hills, California with their daughter. He enjoys traveling, outdoor sports, white water rafting, and skiing.