Jason Donovan Net Worth: Jason Donovan is an Australian actor and musician who has a net worth of $10 million. Born in 1968 in Malvern, Victoria, Melbourne, Australia, Jason Donovan studied at De La Salle College Malvern. He made his on-screen debut on "Skyways" when he was eleven years old.

He started playing Scott Robinson on the popular TV series "Neighbours" in 1986, which became one of Donovan's best-known roles. In 1987, he won Best New Talent at the Logie Awards and, a year later, earned the Silver Logie for being Australia's Most Popular Actor. In 1989, Donovan left the show to pursue music after the release of his first single a year prior. Donovan recorded a duet with former "Neighbours" co-star Kylie Minogue, "Especially for You", which became a best-selling hit in the U.K. Donovan's debut album, "Ten Good Reasons", topped the charts. His follow-up effort went platinum, though didn't sell as well as his first record. Donovan continued to act while working on his singing career, and starred in 1991's "Joseph and the Amazing Technicolor Dreamcoat". During the mid-'90s, Donovan suffered from drug addiction and admitted he only got sober in 2000 when his daughter was born. Donovan's other TV, video game, and movie credits include appearances in "Rough Diamonds", "Sorted", "Horseplay", "MDA", "Ned", "Buzz!", "Vietcong 2", "Echo Beach", and "Animals United". He has released six studio albums, with his most recent, "Sign Of Your Love", coming in 2012. Donovan and his wife, Angela Malloch, have been married since 2008. He has three children. He has presented Jason Donovan's 80's Rewind on Heart Radio since 2015. 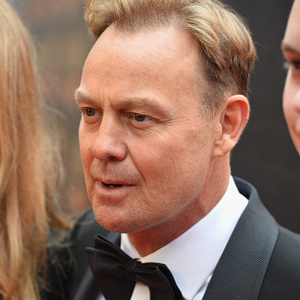