Jason Dohring Net Worth: Jason Dohring is an American actor who has a net worth of $1.5 million. Born in Toledo, Ohio, in 1982, Jason Dohring made his acting debut in 1994. He appeared in the straight-to-video film "Prehysteria! 2" and in the TV movie "Someone She Knows" in the same year.

Dohring took several smaller TV parts, including an appearance in "Baywatch", "Mr. Rhodes", "100 Deeds for Eddie McDowd", "Ready to Run", "Roswell", "Boston Public", "Judging Amy", and "Cold Case", before landing the role of Logan Echolls on the hit series "Veronica Mars" in 2004. He played Echolls for 64 episodes until 2007 and reprised the role for the 2014 "Veronica Mars" movie. Dohring went on to appear as Josef Kostan on the main cast of "Moonlight" from 2007 until 2008 and later landed a recurring part on "Ringer" in 2011 as Mr. Carpenter. He voiced the video game character of Terra in 2010's "Kingdom Hearts Birth by Sleep" and "Kingdom Hearts 3D: Dream Drop Distance". Dohring's other TV and film credits include "CSI: Crime Scene Investigation", "Lie to Me", "Supernatural", "Rules of Engagement", "Deep Impact", "Black Cadicall", "The Deep Below", "Wedding Daze", "Body Politic", "Party Down", "The Parkers", and "Searching for Sonny". He has been married to his wife, Lauren Kutner, since 2004. They have two children together, a son named Owen, and a daughter named Lilly. 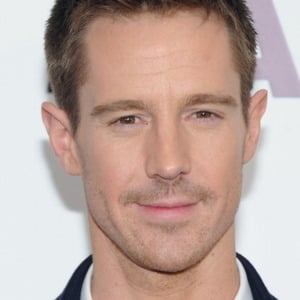