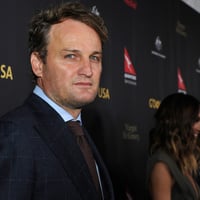 What is Jason Clarke's Net Worth?

Jason Clarke is an Australian actor who has a net worth of $6 million. Jason Clarke is known for his roles in films including "Zero Dark Thirty," "Dawn of the Planet of the Apes," "Everest," "Mudbound," and "Pet Sematary." He is also well known on television for his roles on the crime drama series "Brotherhood" and the sports drama series "Winning Time: The Rise of the Lakers Dynasty." Clarke's other notable credits have included the television series "Stingers," "The Chicago Code," and "Catherine the Great" and the films "Chappaquiddick," "The Aftermath," and "Silk Road."

Jason Clarke was born on July 17, 1969 in Winton, Australia to a sheep shearer father. He spent much of his time growing up in North Queensland, where his family also lived; there, Clarke went to Ignatius Park College in Townsville. Initially pursuing a law degree, he eventually decided to change tracks and become an actor. Clarke went on to attend the Sydney Actor's Studio, and then the Victorian College of the Arts in Melbourne. He graduated from the latter institution in 1994.

Clarke began his film career in the late 90s with small parts in "Dilemma," "Twilight," "Praise," and "Kick." In 2000, he had his first substantial role in the direct-to-video film "Our Lips Are Sealed," starring Mary-Kate and Ashley Olsen. The same year, Clarke appeared in the Australian film "Better Than Sex." He next played a vicious constable in the acclaimed Australian drama "Rabbit-Proof Fence," directed by Phillip Noyce. Clarke played another antagonist, a sadistic prison guard named Mr. T. Ulrich, in the 2008 remake of the dystopian action thriller "Death Race." Also that year, Clarke had one of his first leading roles in Jada Pinkett Smith's drama "The Human Contract," playing a successful businessman dissatisfied with his life. He went back to playing villains in 2009 with his role as real-life criminal John "Red" Hamilton in Michael Mann's biographical crime film "Public Enemies," starring Johnny Depp as notorious bank robber John Dillinger.

In 2010, Clarke appeared in Oliver Stone's sequel "Wall Street: Money Never Sleeps" and David Schwimmer's thriller "Trust." He followed that with three films the next year: the drama "Yelling to the Sky" and the thrillers "Swerve" and "Texas Killing Fields." In 2012, Clarke starred as one of three bootlegging brothers in John Hillcoat's crime drama "Lawless," and starred as a CIA intelligence officer in Kathryn Bigelow's thriller "Zero Dark Thirty." His subsequent credits were Baz Luhrmann's adaptation of "The Great Gatsby," Roland Emmerich's political action thriller "White House Down," and the biographical historical drama "The Better Angels," in which he portrayed Thomas Lincoln. Clarke next appeared in "Dawn of the Planet of the Apes," "Knight of Cups," and "Child 44." In 2015, he played John Connor in "Terminator Genisys" and portrayed real-life mountaineer Rob Hall in "Everest." Clarke's other major credits have included the psychological drama "All I See Is You"; the historical drama "Mudbound"; the political drama "Chappaquiddick"; the supernatural horror film "Winchester"; the biographical drama "First Man"; the Stephen King adaptation "Pet Sematary"; the crime thriller "Silk Road"; and the biographical film "Oppenheimer." 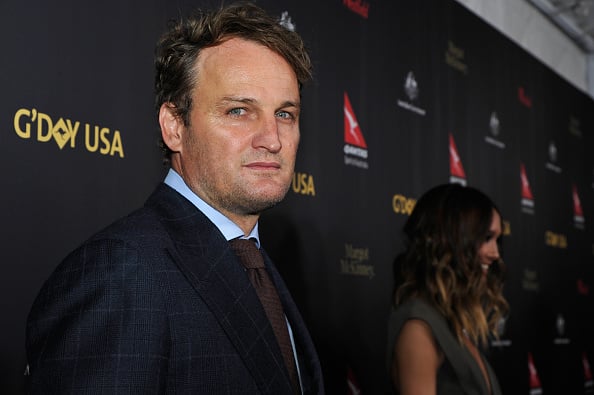 On the small screen, Clarke had his first role on the Australian police drama series "Blue Heelers," which he was on from 1995 to 1999. He appeared in a number of other programs during that time, including the miniseries "Knots Landing: Back to the Cul-de-Sac" and episodes of such shows as "Diagnosis: Murder," "Heartbreak High," "Wildside," and "Murder Call." From 1999 to 2000, Clarke had a two-episode arc on the Australian medical drama series "All Saints." Following that, he appeared on the police drama series "Stingers," and had guest roles on "Flat Chat," "Head Start," and "The Bill." In 2002, Clarke played Christopher "Kick" Johnson in five episodes of the popular Australian soap opera "Home and Away." That same year, he appeared in the television film "The Outsider," based on the novel by Penelope Williamson, and began a guest role on the series "White Collar Blue."

Clarke had a recurring role as Captain Jenek on the science-fiction series "Farscape" in 2003. His most substantial television role yet, however, came in 2006 on the Showtime crime drama series "Brotherhood." He starred as Tommy Caffee, a local Rhode Island politician whose life intersects in troubling ways with his mobster brother Michael, played by Jason Isaacs. "Brotherhood" was highly acclaimed by critics, but failed to draw a large audience; it ran for three seasons through 2008. Clarke's next main role was as homicide detective Jarek Wysocki on the Fox crime drama series "The Chicago Code." Ultimately, that show was canceled after a single season in 2011. Following a break from the small screen, Clarke returned in 2019 to star as 18th-century Russian statesman Grigory Potemkin, the lover of the titular empress, in the miniseries "Catherine the Great." A little later, in 2022, Clarke portrayed NBA player-turned-executive Jerry West in the HBO sports drama series "Winning Time: The Rise of the Lakers Dynasty."

In 2018, Clarke wed actress and model Cécile Breccia, who has appeared in such films as "99 Francs," "The Hills Have Eyes 2," and "Starship Troopers 3: Marauder." The pair began dating in 2010. Together, they have two children.