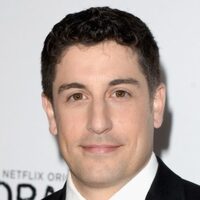 What is Jason Biggs' Net Worth and Salary?

Jason Biggs was born Jason Matthew Biggs on May 12, 1978, in Pompton Plains, New Jersey. His mother, Angela, was a nurse, and his father, Gary, managed a shipping company. Jason has two sisters, Heather and Chiara, and grew up in a Roman Catholic household. He attended Hasbrouck Heights High School, where he was a member of the tennis and wrestling teams. After graduating in 1996, Biggs enrolled at New York University, then transferred to Montclair State University. He dropped out of Montclair after he was cast on a TV show that filmed in Los Angeles.

Jason started acting at just 5 years old and earned his Screen Actors Guild card in 1988 after appearing in a Pathmark commercial. He made his big screen debut in the 1991 film "The Boy Who Cried Bitch," and that year he also appeared on the Fox series "Drexell's Class," which earned a Young Artist Award nomination for Outstanding Young Ensemble Cast in a Television Series. At age 12, Biggs co-starred with Judd Hirsch in "Conversations with My Father" on Broadway. From 1994 to 1995, he played Pete Wendall on the soap opera "As the World Turns," and in 1997, he appeared in the film "Camp Stories" and the short-lived ABC drama "Total Security."

In 1999, Jason starred in the international hit "American Pie" with Eugene Levy, Alyson Hannigan, Natasha Lyonne, Shannon Elizabeth and Mena Suvari. Biggs followed "American Pie" with 2000's "Boys and Girls" and "Loser" and 2001's "Saving Silverman," "American Pie 2," "Jay and Silent Bob Strike Back," and "Prozac Nation." In 2002, Jason co-starred with Kathleen Turner and Alicia Silverstone in a Broadway production of "The Graduate," and from 2004 to 2005, he appeared in Daniel Goldfarb's "Modern Orthodox" at New York City's Dodger Stages theater. 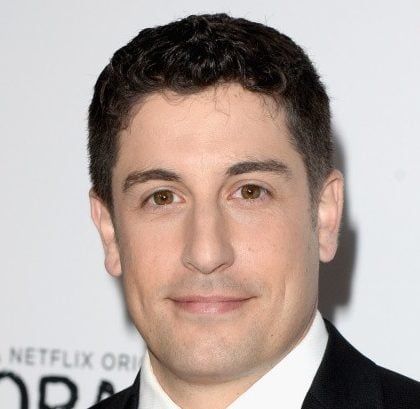 Biggs guest-starred on "Frasier" (2004), "Sesame Street" (2004), and "Will & Grace" (2005) and appeared on Jamie Kennedy and Stu Stone's reality series "Blowin' Up" (2006), which led to him performing on the track "Fuck Jamie Kennedy" on the "Blowin' Up" studio album. He starred in the 2005 film "Guy X," then in 2006, he voiced Insecure Penguin in "Farce of the Penguins" and appeared in "Eight Below" and "Wedding Daze." In 2008, he starred in a Second Stage Theatre production of Howard Korder's "Boys' Life" and appeared in the films "Over Her Dead Body," "My Best Friend's Girl," and "Lower Learning." In 2010, his poem "Scratch-and-Sniff" was featured in the anthology "What's Your Exit? A Literary Detour through New Jersey," and in 2012, he contributed the article "This is a Roman nose, OK?" to the anthology "Oy! Only Six? Why Not More: Six-Word Memoirs on Jewish Life."

Jason voiced Leonardo on Nickelodeon's "Teenage Mutant Ninja Turtles" from 2012 to 2014, and in 2013, he began playing Larry Bloom, fiancé of lead character Piper Chapman, on "Orange Is the New Black." In 2015, Biggs returned to Broadway to star in "The Heidi Chronicles" with Elisabeth Moss, then he appeared in the films "Amateur Night" (2016), "Who We Are Now" (2017), "Dear Dictator" (2018), and "Jay and Silent Bob Reboot" (2019). In 2020, he co-starred with Maggie Lawson on the sitcom "Outmatched" and earned several awards for the film "The Subject," which he produced and starred in. In 2021, Jason began hosting the Fox game show "Cherries Wild."

Jason married his "My Best Friend's Girl" co-star Jenny Mollen on April 23, 2008, and they have two sons, Sid (born February 15, 2014) and Lazlo (born October 2, 2017). Biggs still enjoys playing tennis, and in 2013, he teamed up with "The Office" star Rainn Wilson to play an exhibition doubles match against tennis pros Chris Evert and Monica Seles at the U.S. Open. Jason is a supporter of People for the Ethical Treatment of Animals (PETA), and in 2014, he appeared in an anti-SeaWorld video for the organization. Two years later, Biggs and Mollen appeared in a PETA video to raise awareness about animal cruelty in the circus. In 2015, Jason was presented with a Humanitarian Award at PETA's 35th Anniversary Gala.

Biggs has been nominated for three MTV Movie Awards, winning Best Kiss (shared with Seann William Scott) for "American Pie 2" in 2002. He was named Best Actor for "Guy X" at the 2005 Taormina International Film Festival, and "The Subject" earned him Best Actor awards at the Breckenridge Festival of Film, Loudoun Arts Film Festival, and San Antonio Film Festival in 2020. The Young Hollywood Awards named the "American Pie" cast Best Ensemble Cast in 2000, and Jason shared a Screen Actors Guild Award for Outstanding Performance by an Ensemble in a Comedy Series with his "Orange Is the New Black" castmates in 2015. Biggs has earned seven Teen Choice Award nominations for "Loser," "American Pie," "American Pie 2," "American Wedding," and "American Reunion," and he has also received nominations from the Blockbuster Entertainment Awards ("American Pie"), Daytime Emmy Awards ("As the World Turns"), and Soap Opera Digest Awards (""As the World Turns"). The cast of "Teenage Mutant Ninja Turtles" earned Behind the Voice Actors Award nominations for Best Vocal Ensemble in a New Television Series (2013) and Best Vocal Ensemble in a Television Series – Action/Drama (2014).