Jason Behr Net Worth: Jason Behr is an American actor who has a net worth of $2 million dollars. Born in Minneapolis, Minnesota, in 1983, Jason Behr moved to Los Angeles when he was 19 years old and continued working on commercials as he had as a child. In 1995, he scored the part of Tyler Banker on "Sherman Oaks", which led to several other roles on "7th Heaven", "Buffy the Vampire Slayer", "JAG", and "Step by Step".

Soon after, Behr began playing Chris Wolfe on "Dawson's Creek" and later Max Evans on "Roswell". Since then, Behr's film career focused on appearing in predominantly independent movies, including "Man of God", "Shooting Livien", and "Happily, Even After". His movie credits include "Pleasantville", "The Tattooist", and "The Last International Playboy". Behr most recently appeared on 2012's "Breakout Kings" as Damien Fontleroy during the second season. Behr has been nominated for several awards, including two Teen Choice Awards and two Saturn Awards, all for his performance on "Roswell". He won a Young Hollywood Award in 2002 for Standout Performance by a Young Actor – Male for his work on "The Shipping News". After a relationship with actress and "Roswell" co-star Katherine Heigl fizzled out, Behr began dating actress KaDee Strickland. They married in 2006 and have one child, son Atticus. 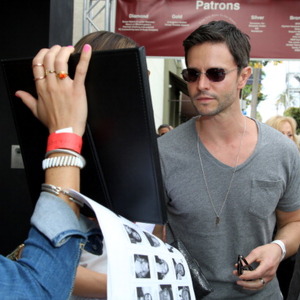