What is Jason Beghe's Net Worth and Salary?

Jason Beghe is an American film and television actor who has a net worth of $9 million dollars. Jason Beghe is best known for his starring role as Detective Sergeant Hank Voight on the NBC police procedural television series "Chicago P.D." Before this, he had recurring roles on such shows as "Picket Fences," "Melrose Place," "Chicago Hope," "American Dreams," and "Californication." Beghe's other credits have included the films "Monkey Shines," "Thelma & Louise," "G.I. Jane," and "Safelight."

Jason Beghe was born on March 12, 1960 in New York City. He has three siblings, including singer-songwriter Francesca. As a youth, Beghe went to the Collegiate School, a private preparatory school for boys. There, he met and befriended John F. Kennedy Jr. and David Duchovny. Beghe and Kennedy frequently spent time together outside of school while being monitored by the latter's Secret Service detail. For his higher education, Beghe went to Pomona College in California. Before he got into acting, he worked in Europe as a model.

Beghe began his prolific television career in 1986 with a supporting role in the military drama miniseries "Dress Gray." He then had a recurring role on the HBO sitcom "1st & Ten" from 1986 to 1987. Beghe subsequently appeared in episodes of such shows as "The Days and Nights of Molly Dodd," "Alien Nation," "Christine Cromwell," "Murder, She Wrote," "Mancuso, FBI," "Quantum Leap," and "Jake and the Fatman." From 1992 to 1993, he played the recurring role of A.D.A. Petrovic on the CBS drama "Picket Fences." This was followed by appearances on "In the Heat of the Night," "L.A. Law," "Matlock," and "The X-Files." Beghe had his next recurring role in 1994 on the primetime soap opera "Melrose Place." Subsequent credits included "NYPD Blue," "Public Morals," "Good Company," "George and Leo," and "Chicago Hope." In 1998, Beghe had a main role on the short-lived CBS drama "To Have & to Hold," costarring Moira Kelly. He next had a recurring role on the legal drama "Family Law."

In the early 2000s, Beghe appeared in episodes of such shows as "Dharma & Greg," "Resurrection Blvd.," "The Beast," "Judging Amy," "The District," and "JAG." In 2004, he played the recurring role of Gunnery Sergeant Finch on the NBC drama "American Dreams," and also began a recurring role on the drama "Everwood." Following this, Beghe made guest appearances on "Huff," "Veronica Mars," "Criminal Minds," and "Numb3rs," among other series, and had further recurring roles on "Cane" and "Californication." In 2012, he debuted what would become his biggest role, Detective Sergeant Hank Voight, on the NBC drama "Chicago Fire." Starting in 2014, Beghe reprised the role in a starring capacity on the spinoff series "Chicago P.D."; he has also played the character on "Chicago Med" and "Chicago Justice."

Jason's salary per episode of Chicago P.D. is $250,000. When you include royalties that works out to around $6 million per year. 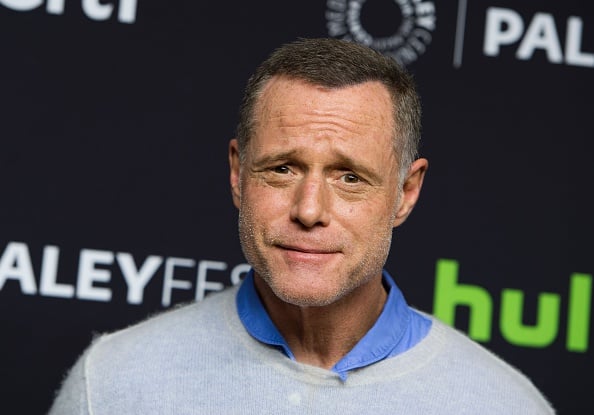 Beghe made his feature film debut in 1985 with a small part in "Compromising Positions," starring Susan Sarandon. Two years later, he had a supporting role in the comedy fantasy "Maid to Order." Beghe had his first starring role in 1988, playing a paralyzed quadriplegic in George A. Romero's psychological horror film "Monkey Shines." Following this, he appeared as a state trooper in Ridley Scott's "Thelma & Louise" and as a detective in Barry Levinson's "Jimmy Hollywood." In 1997, Beghe played the love interest of Demi Moore's character in the war drama "G.I. Jane."

In 2000, Beghe married Angie Janu, with whom he had two children. The couple divorced in 2019. According to the terms of their divorce, Jason got to keep a luxurious condo in Chicago (his primary residence while filming for the Chicago TV franchise) and she got to keep a house in Malibu.

For a while, Beghe was a well-known Scientologist, having been introduced to the religion while taking acting classes taught by Scientologist Milton Katselas. In 1999, he was involved with a Church of Scientology television campaign, and appeared in further promotional videos in 2005. Beghe estimated that he donated around $1 million to the Church over a span of 12 years. In 2007, he decided to leave Scientology, and in 2008, began openly criticizing the Church. Beghe went on to participate in a number of protests against the organization, and traveled to Europe to urge government officials to create warning signs about joining it. In 2010, he partook in the BBC documentary "The Secrets of Scientology," in which he talked about his choice to leave the religion. Beghe later appeared in Alex Gibney's HBO documentary "Going Clear," based on the eponymous book by Lawrence Wright. 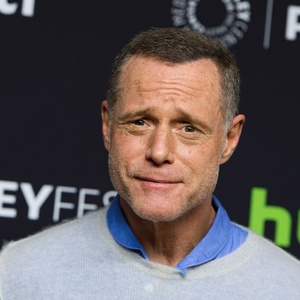