Jasmine Waltz net worth and salary: Jasmine Waltz is an American actress who has a net worth of $900 thousand. Jasmine Waltz was born in Las Vegas, Nevada on August 22, 1982. Jasmine's childhood home life was very difficult. She grew up moving from group home to shelter and back again. Her father committed suicide when she was a child and her mother was often absent.

She ended up in a maximum security school when she was in her late teens, and after graduating, she shifted her focus to modeling and acting work. She began her professional modeling career in Miami, and paid her way through the University of the Performing Arts by working as a waitress. After relocating to Los Angeles, she began her professional career in earnest. She has since appeared in guest starring and co-starring roles in such projects as "Dirt", "Sides", "Buzzin'", "Rules of Engagement", "Secret Girlfriend", and "Femme Fatale". She was a cast member of the 13th season of "Celebrity Big Brother" in the UK but was released on the second day. Outside of acting, Jasmine Waltz has gained a reputation as a bit of a heart breaker. She has been allegedly attached to several very famous men including Ryan Seacrest, David Arquette, Michael Phelps and Jesse McCarthy. 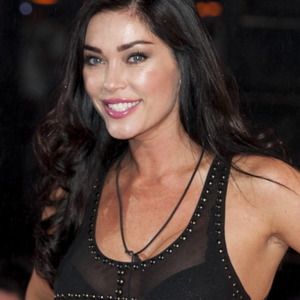