Jared Leto Net Worth and Salary: Jared Leto is an American actor and musician who has a net worth of $90 million. He first rose to fame for his portrayal Jordan Catalano on the teenage drama "My So-Called Life" (1994 – 1995), and he has starred in several notable films, including "Prefontaine" (1997), "Fight Club" (1999), "Girl, Interrupted" (1999), "Dallas Buyers Club" (2013), and "Suicide Squad" (2016). Leto has won dozens of awards for his work, including an Academy Award and Golden Globe for "Dallas Buyers Club." In addition to his acting work, Jared has performed lead vocals, guitar, bass, and keyboard in the band Thirty Seconds to Mars since 1998.

Early Life: Jared Leto was born Jared Joseph Bryant on December 26, 1971, in Bossier City, Louisiana. His parents, Constance and Anthony, divorced when Jared was young, and he later took his stepfather's surname; Anthony died by suicide when Jared was 8 years old. Leto has an older brother, Shannon, a half-sister, Jamie, and 2 half-brothers, Mateo and Matthias. Leto lived in several places during his youth, including Colorado, Wyoming, and Virginia. His mother was involved in the hippie movement and encouraged creativity in Jared and Shannon, who began playing music together. Leto dropped out of school during his sophomore year, but changed his mind and finished his high school education at Washington, D.C.'s Emerson Preparatory School. After graduation, he originally enrolled at Philadelphia's University of the Arts but later decided to study filmmaking at NYC's School of Visual Arts.

Acting Career: Leto moved to Los Angeles in 1992 and got his big break 2 years later when he was cast as Jordan Catalano on ABC's "My So-Called Life." Though the series earned critical acclaim, it was cancelled after its first season. Jared made his big screen debut in 1995's "How to Make an American Quilt," and he won praise from critics for his portrayal of runner Steve Prefontaine in 1997's "Prefontaine." In 1998, he appeared in the horror movie "Urban Legend," which grossed an impressive $72.5 million at the box office, and "The Thin Red Line," which earned Jared and his castmates a Satellite Award. Leto finished out the 1990s with "Fight Club" and "Girl, Interrupted," and in 2000, he played a heroin addict in "Requiem for a Dream" and met a grisly end in "American Psycho."

In 2002, Jared played a villain in "Panic Room," which grossed $196.4 million worldwide. He earned positive reviews for his portrayal of Mark David Chapman in 2007's "Chapter 27," a role that he gained nearly 70 pounds for (resulting in gout). After 2009's "Mr. Nobody," Leto took a break from acting to focus on his band, and his first film in 5 years, "Dallas Buyers Club," earned him the best reviews of his career as well as several awards and nominations. In 2016, he played the Joker in "Suicide Squad, and the following year, he appeared as villain Niander Wallace in "Blade Runner 2049" and short film "2036: Nexus Dawn." 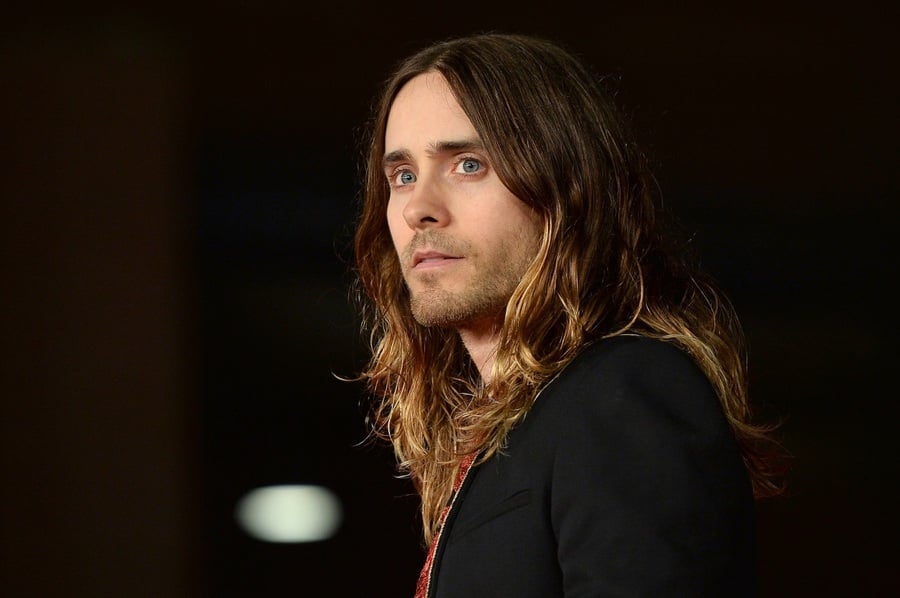 Music Career: Outside of his impressive acting career, Leto is also the frontman and primary songwriter for rock band Thirty Seconds to Mars, which he started with brother Shannon in 1998. They released their debut album, "30 Seconds to Mars," in 2002 and followed it up with "A Beautiful Lie" (2005), "This Is War" (2009), "Love, Lust, Faith and Dreams" (2013), and "America" (2018). The band has sold more than 15 million albums, and "A Beautiful Lie," "This Is War," and "Love, Lust, Faith and Dreams" have all been certified platinum by RIAA. Jared has also directed some of the band's videos, including "Kings and Queens" (2009) and "Up in the Air" (2013), which both won MTV Video Music Awards for Best Rock Video.

Business Ventures: Leto is the founder of social media management company The Hive, concert ticket company The One and Only Golden Tickets (which was renamed Adventures In Wonderland in 2013), and live streaming video service VyRT. He was also an investor in the website Reddit, private jet airline Surf Air, and the financial services company Robinhood (which as of 2018 was valued at more than $5 billion).

Personal Life: Jared was in a relationship with actress Cameron Diaz from 1999 to 2003; he has also dated actresses Scarlett Johansson and Ashley Olsen. Passionate about animal rights, Jared is a vegan, and PETA named him the Sexiest Vegetarian of 2014. He supports several charitable organizations, including Art of Elysium, Habitat for Humanity, and the J/P Haitian Relief Organization, and the World Wide Fund for Nature appointed him a global ambassador in 2015.

Awards and Honors: Leto has earned several supporting actor awards for his performance as a transgender woman in 2014's "Dallas Buyers Club," including an Academy Award, a Golden Globe, a Film Independent Spirit Award, an Online Film & Television Association Award, and a Screen Actors Guild Award. Jared also won a 2006 Fangoria Chainsaw Award for "Prince of Darkness" and a 2007 Audience Award at the Zurich Film Festival for "Chapter 27." In 2012, he won a Gotham Award and a Toronto International Film Festival People's Choice Award for "Artifact," a documentary that he starred in, directed, and produced. 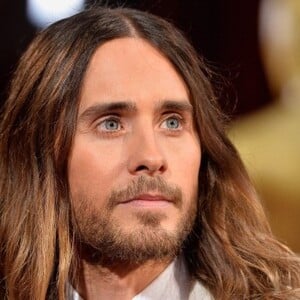