Jared Keeso net worth and salary: Jared Keeso is a Canadian actor who has a net worth of $4 million. Jared Keeso was born in Listowel, Ontario, Canada in July 1984. From 2006 to 2007 he starred as Luke in the television series Monster Warriors. He appeared in 53 episodes of that program.

Keeso starred as Rob Chambers in the TV series The Guard from 2008 to 2009. From 2014 to 2017 he starred as Ben Chartier in the series 19-2. Keeso also stars as Wayne in the television series Letterkenny which he also created and serves as executive producer for. He has starred in the movies Shock to the System, White Noise: The Light, I Love You, Beth Cooper, A Beginner's Guide to Endings, Charlie, Elysium, Godzilla, and Preggoland. Keeso won a Leo Award and a Gemini Award in 2010 for Keep Your Head Up, Kid: The Don Cherry Story. In 2015 he won a Canadian Screen Award for 19-2. 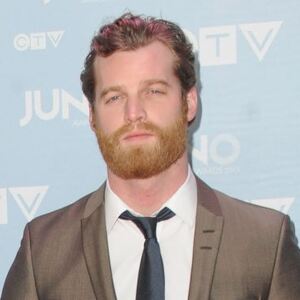