Jared Harris net worth and salary: Jared Harris is an English actor who has a net worth of $8 million dollars. Jared Harris is perhaps most well-known for his role on Mad Men as Lane Pryce and as David Robert Jones on Fringe. He has also appeared in films like The Curious Case of Benjamin Button, Sherlock Holmes, Mr. Deeds, Lost in Space, and Resident Evil: Apocalypse.

Harris hails from London and is one of three sons. His father, Richard Harris, was also an actor, and both of his brothers remain in the film industry. His younger brother, Jamie Harris is a fellow actor, while his older brother, Damian Harris, is a director. Harris has been married twice. His first marriage took place in July of 2005, when he married actress Emilia Fox; the two divorced five years later in 2010. His second marriage is to lighting designer and television host, Allegra Riggio – the duo wed in November of 2013. Harris got his start in the film industry when directing the feature-length film, Darkmoor, at Duke University in 1983. However, the film was never fully completed. He then made his on-screen appearance in 1989 in The Rachel Papers, where he played Will Robinson in the movie rendition of Lost in Space. In 2019 Jared Harris received critical acclaim for his role on the HBO miniseries Chernobyl. 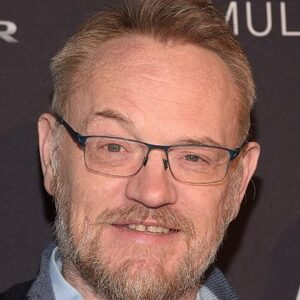