Jang Hyuk net worth: Jang Hyuk is a South Korean actor who has a net worth of $6 million. Hyuk was born Jung Yong-joon in Busan, South Korea in December 1976. He is best known for his leading roles in the films Windstruck, Deep Rooted Tree, The Slave Hunters, and Fated to Love You.

He made his debut in the film The Best in 1998. He appeared in music videos and released his own rap album under the name TJ Project in 2000. Hyuk's career took off after starring in the 2001 film Volcano High. In 2004 he served his two year mandatory military term before returning to acting. Jang has starred in the movies The Age of Innocence, Innocent Thing, The Flu, The Client, Searching for the Elephant, Maybe, Five Senses of Eros, Dance of the Dragon, S Diary, and Please Teach me English. He was nominated for Best Actor and Most Popular Actor at the 2010 Baek Sang Art Awards and for Best Performance by an Actor at the International Emmy Awards in 2011, all for The Slave Hunters. Jang married Kim Yeo-jin in 2008 and the couple have two songs together. 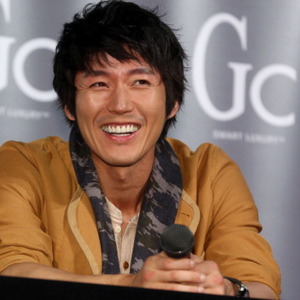